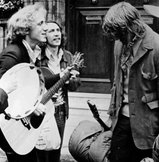 From its inception in 1968, the Family International (formerly known as the Children of God) has had a colorful history. Members have circled the globe, spreading the gospel message in literature, song, and multimedia productions, and established a presence in over 100 nations. Members of the Family International surmounted the challenges of building a worldwide Christian fellowship of self-supporting, autonomous communities, while reaching out to the needy through Christian outreach, personal counseling, seminars, humanitarian aid and disaster relief, and sharing the message of God’s love around the world.

The Family International has been characterized by its missionary and humanitarian activities around the globe. As of 2018, members had shared the gospel message with over 310 million people and prayed with nearly 35 million people to receive God's gift of salvation. Since the Family International’s inception in 1968, members have produced and distributed over 1.1 billion pieces of gospel literature in 61 languages, and over 16.6 million audio tapes/CDs/DVDs in 20 languages. 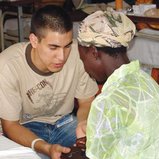 The Family International traces its origins to Huntington Beach, California, where our founder, David Brandt Berg (1919––1994), also known as "Father David”, together with his wife and teenage children, began a ministry to the counterculture youth that congregated in that seaside town. Many of these experienced dramatic changes in their lives as they came to develop a personal relationship with God through Jesus Christ. (To read some of David Brandt Berg’s writings, known as the “MO Letters,” click here.)

As a result, many decided to dedicate their lives to the service of God and fellow man. In late 1969, when the group had grown to about 100 members, it was dubbed the “Children of God” by the news media. By 1972 there were 130 communities of full-time members scattered throughout the world. In early 1978, the Children of God was reorganized and became known as the Family, and later the Family International (TFI). 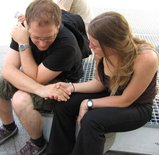 Following the pattern of the earliest Christians, full-time TFI members maintained a cooperative lifestyle from the founding of the Family International in 1968 until 2010, which featured the sharing of material possessions, resources, and responsibilities. This economical and communal way of life served to enhance our members’ efforts and played an important part in the furtherance of our work and the development of mission works around the world.

While cooperative communities played an important role in the Family International’s history and development, in 2010 TFI discontinued its communal-based organizational model.

In 2010, after a two-year process of evaluating its structure, doctrine, and practices, much of which was rooted in its longstanding cooperative household model, the Family International undertook a comprehensive reorganization, known as the Reboot. This reorganization resulted in the adoption of a new organizational model and the closure of the majority of TFI’s previous communal centers, in order to better achieve our purpose of reaching the world with the gospel message, and to allow for greater diversity.

To reflect the organization's restructuring and its aims of empowering individuals to operate independently, the Family's governing charter was streamlined and modified.

Currently, TFI is organized as an online network. (Visit TFI’s community site.) While members share a common faith and purpose, each member and mission work operates autonomously. Throughout the many organizational changes the Family International has sustained in its fifty year history, its evangelistic commitment and mission of reaching the world with the Gospel message have remained unchanged.

Our Mission
Posts and Podcasts
Our Music