The Best Trip
Paolo Alleluia
I was raised in the Roman Catholic Church, but never had a personal relationship with the Lord. When problems and difficulties started arising when I was around 15 or 16, I had nobody to turn to. Read more
True Love
Shizuko
I am the daughter of a professional sumo wrestler, and was raised in a very strict household. Due to financial reasons, I had to start working when I was quite young, but once I started living on my own, I enjoyed the independence and new freedoms I experienced. Read more
Out of the Cocoon
Marie Boisjoly
About four years ago, the Lord led my husband Ivo and me to minister to a couple, Lourdes and Ignacio, and give them Bible classes. It was fairly early on in our relationship that Lourdes confided in us that she was very concerned about her 16 year old daughter, Debra. Read more
When I Stopped Playing God!
Kristjan Kristjanson
I was trying to play God in my life and then stopped and returned to the real One! I was trying to control my life and solve problems in my own power and anger. I would try to feel better through drinking and would let my emotions control my life and relationships with other people. Read more
A New Life of Service to Others
Daniel Edison
I still remember the days of my childhood, when my mother worked hard to teach me God’s ways and obedience to His Word. I also remember my dreams of becoming a software designer or a computer programmer. Read more
A Life Transformed
Álvaro
I remember my life as being filled with bitterness, pain, and despair. I felt like a failure, because I hadn’t been able to reach my goals in life. I hadn’t achieved the level of prosperity I sought, and I felt that I wasn’t offering much of worth to my children. Read more
Lost and Found
Nala
I didn't know I was lost until I was found! The first time my path crossed with the Family International was when I was 12 or 13 years old. I saw them at the mall making sculpted balloons and I approached them. Read more
Are You Brave?
Sujeet
Ever since childhood, I have been inspired by the heroes and legends of yore. Well this is nothing unusual, as most of us during our childhood have been fascinated by the stories we read about brave men and women, who defied, challenged, and overcame the odds. Read more
No More HIV
By Sally
I tested positive for HIV in 1999, which at the time meant the end of life to me. Though I knew the Lord, I felt overwhelmed by the news. Read more
Saved from a Living Hell
Ricardo Garcia
My early 30s were the most troubled times in my life. I was living in the hell of addictions daily. I was immersed in a world of alcohol, vices and selfish living, and was destroying my life, career and family. Read more 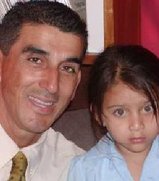 Álvaro
I remember my life as being filled with bitterness, pain, and despair. I felt like a failure, because I hadn’t been able to reach my goals in life. I hadn’t achieved the level of prosperity I sought, and I felt that I wasn’t offering much of worth to my children... Read Álvaro's full story