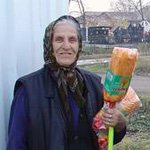 In March 2004, violent unrest in Kosovo resulted in the burning of hundreds of houses. Many of the people rendered homeless due to this unrest found refuge in metal shipping containers supplied by the UN in special camps. These uninsulated containers are extremely hot in the summer and very cold in the winter. Furthermore, the unemployment of those displaced and the resulting despair over their apparently hopeless plight leads to depression for many. The Family International has committed to help ease the plight of this displaced people.