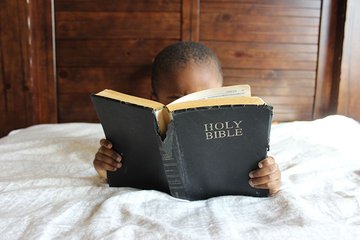 The first part of this series introduced Bible storying, a method of preaching the gospel that has been effective since Jesus first used it. As I explained, millions of people around the world can’t read, and millions more can’t read well, or come from what are known as oral cultures. In these cultures their primary learning style isn’t through literate means, and the printed word doesn’t shape their thinking to any significant degree. However, oral learners can assimilate the same thoughts, ideas, and concepts that literate learners can, as long as the lessons are presented in a way that they can retain them. You can reach oral learners through stories. Jesus always used stories and illustrations when speaking to the crowds.1

Bible storying isn’t only for people in underdeveloped areas of the world. It can be used in any country or culture. In America, where many people don’t or won’t read that much, Bible storying has taken off in an amazing way. It is being used in some megachurches as an evangelism and discipling tool, with surprising results. A story can be valuable in passing along the gospel, wherever you are, as you become all things to all men that by all possible means you might save some.2

If you’re anything like me and a whole lot of other people when they first hear about Bible storying, we think it sounds perfect for people who haven’t learned to read, but we seriously wonder whether such an approach could be very effective in places where people are literate.

Following are some examples of Bible storying. Portions of some of these retold examples are from the book Truth That Sticks.3

One pastor moved to the Pacific Northwest to start a church using storying. He began by going to a café owner and suggesting they hold a “story night.” Anyone could tell any story he or she wanted, and some stories were pretty raunchy. However, since the pastor was hosting it, he’d listen for a theme from the stories and end by telling a Bible story that spoke to the issues others had raised. He found that people would listen intently and want to talk to him about it later. His church has grown and now has forty groups telling Bible stories to address the problems that the people are facing in one of the most literate—and one of the most non-Christian—areas of the U.S.

People who learn Bible stories pass them on. Randy Proctor got trained in storying one week and put it to work the next week when he spoke to a five-week-old “cowboy church.”

He told the story of the Red Sea crossing from Exodus as the cowboys and their families listened. Then he asked several questions about the story: Who was holding them in bondage? What was pursuing them? Who was their “Pharaoh”? Who was their only hope of salvation?

He finally had everyone stand up. “I asked them if they would surrender to God, asking Him to deal with the Pharaoh in their lives,” Randy said. He lost count after fifteen stepped forward. As people were leaving, one man told him, “Clearest Bible message I have ever heard in my life.”

Paul Krueger and Chuck Broughton from the Navigators worked for six years to bring Bible storying to the inmates at the Louisiana State Penitentiary at Angola, once known as the bloodiest prison in America. The prison is the size of Manhattan Island and has 5,200 prisoners (6,250 as of 2016). More than 80 percent of its inmates are there for life with no chance of parole.

Today in Angola, the story groups have multiplied to twenty-eight churches and a totally internal two-year Bible college. There are 142 inmates who have been trained in the storying process. Several of them became chaplains and have been transferred to other prisons.

Bible storying can be very effective with people of other religions. The stories slip under their defenses because we are not directly confronting their beliefs or arguing with them.

Several Muslim men kept coming into a restaurant operated by a Christian man and his wife. The men would often swap stories, so the restaurant owner decided to tell some stories of God’s power from the Bible. After a few meals and story-swapping times together, one of the men said, “These stories of yours are really good, but it seems that they are from a bigger story.” The owner said, “That’s right. Would you like to hear the Big Story?” When the men agreed, the owner started at Genesis and began week after week telling the stories chronologically through the Bible.

After about six weeks, the men asked, “Does your wife know these stories too?” When he said that she did, the men arranged for their wives to come and hear the Big Story from her. Soon, four of the men and their wives accepted Jesus and began evangelizing among their own networks of friends.

Pastor Bobby Welch has trained thousands of Christians to share their faith, using a combination of Bible stories and skits. He does a very dramatic depiction of Jesus’ parable of the lost sheep. He walks around the front of the auditorium counting his imaginary sheep. “Ninety-seven, ninety-eight, ninety-nine ... ninety-nine? Ninety-nine?” A look of horror comes over his face. “The hundredth sheep is lost!” he shouts.

Frantic, Bobby runs into the audience, ending up on a balcony that is a good treetop’s distance above the floor below. He has spotted his sheep. Very carefully, he grabs the railing and strains out into the air at the imaginary lost sheep. It’s a death-defying stretch.

With a cry of joy, Bobby yells loudly, “Don’t worry, little sheep. I’ve got you!” Bobby pulls himself back onto the railing and into the balcony and makes his way back to the imaginary pen. And with a shout of “One hundred!” the drama ends.

He made his point without preaching, and everyone understood that a shepherd would go to great lengths to rescue even one of his sheep.

Someone related an example of Bible storying this way: One retired Marine stood up at our small group meeting and started telling the story of the prodigal son; no embellishment, just standing there quietly telling the story. And everyone in the group of thirteen was caught up in his telling that story.

When it was over, he asked very simple questions related to the story: “Which one of the people in this story do you most relate to: the father, the prodigal son, or the older brother?”

It was like the floodgates were opened. One guy said he was like the father because his kid was struggling. The first person was so honest and transparent about what was going on in his life that it went around the circle like we were family! Another said he related to the prodigal son because “That was me!”

It was just someone opening up a story and letting us get into it where we are in our lives and where we are intersecting with that story. What that guy had done made me realize that Bible storying worked by letting everyday people spread the message.

If you’re interested in learning more about Bible storying, I would recommend the aforementioned book, which served as an inspiration for this series of posts: Truth That Sticks: How to Communicate Velcro Truth in a Teflon World.4

3 Avery T. Willis Jr. and Mark Snowden, Truth That Sticks: How to Communicate Velcro Truth in a Teflon World (NavPress, 2009).

4About the authors: Avery T. Willis Jr. was a pastor in Texas and Oklahoma for ten years and served as a missionary to Indonesia for fourteen years. He holds a PhD in missiology and is the executive director of the International Orality Network.

Mark Snowden is a world-class Bible storying trainer who developed an oral Bible for use among a predominantly Muslim people group in central Asia, and currently trains missionary and lay church planters in Bible storying.