Of Sowers and Reapers 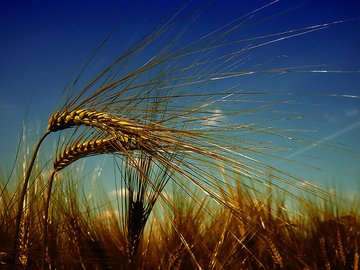 The Lord has called us to be faithful witnesses, in season and out of season, whether people receive the gospel or not. So don’t be discouraged when people reject your witness or don’t seem to receive it or respond to it. We need to keep in mind that some of the great missionaries like Hudson Taylor and Adoniram Judson and scores of others labored for literally years before they led their first soul to the Lord. They went to pagan lands where bringing Jesus to the people was considered anathema. It was an intrusion, where they considered Him a foreign God who was there to bring evil instead of good, disturbing their customs and uprooting their ways of doing things. They made it as difficult as possible on the missionaries.

Those dear missionaries went through all kinds of terrible hardships and persecution and illnesses, and even deaths of their family and loved ones. They went through disappointments; people whom they thought they had led to the Lord turned on them and betrayed them. People spat in their faces and rejected them year after year. And some of them did not lead a single person to Jesus for years. So when you get discouraged that your witness is not bringing the results you had hoped for, just remember those dear men and women of God who labored for years and years before they ever made any progress as far as winning even one soul to the Lord.

Even though you don’t see the results right away, in some way you’re getting results. God has promised that His Word will not return unto Him void; it will accomplish His purpose.2 You will not see some of the results until you get to heaven because you don’t always know the results of the seeds you plant in someone’s heart, how or when they will take root. Perhaps the person you have witnessed to will eventually find the Lord or your witness will have worked in their heart to cause them to be more open and receptive when some other Christian witnesses to them.

We can’t always expect to be the sowers and the reapers, because the Lord said that some sow and some water, but God gives the increase.3 Sometimes we enter into other men’s labors and sometimes others enter into ours. Sometimes we share a witness with people that have been a long time in preparation, people who perhaps for their whole lifetime have been going through things where the Lord was bringing them gradually to the point where they would be willing to yield their lives to Him; and we come along at that point and we invite them to receive Jesus, and they do. We are just brought by the Lord at that time in their life after they have gone through a long period of preparation, and we’re able to enter in to all that has been sown and watered by others.

Sometimes we enter the scene somewhere else in the growing process. We may come in at the beginning, as the sowers, where we plant the initial seed. Or who knows, maybe we’re coming in somewhere in the middle and we’re watering the seed that was planted in their heart by someone else. We’re answering another of their questions, and we’re showing them a little more of Jesus’ love, and that will continue to work in their heart, even if they don’t immediately manifest what it meant to them. Perhaps we may never see them again, but the Word and the love we showed works in their heart and the Lord uses it as one more step in bringing that person to Him. Their eventual salvation will partly be a result of our faithfulness to show them His love and tell them His message.

A person’s salvation is often the result of many ways that the Lord has already worked in their life. We may just be one in a succession of people who have tried to reach them. We have a small part in their salvation, along with others who have also had a part in preparing the person by perhaps being an example of God’s love and concern, by sharing the Word personally, or giving him a tract, or poster, or preaching on a Christian TV program that he has watched. In other cases perhaps that person was never witnessed to by another Christian, but the Lord, in various ways, has been directing them to search for the truth. Of course, it makes us feel especially good when we know someone has given their life to Christ, but it’s our job to be a witness, whether or not they are prepared to receive the Lord or ever will be.

Of course, we rejoice more over someone who gets saved, and it’s quite an occasion for joy when we know they’re safely in God’s kingdom. But whether or not a person makes the decision to receive Jesus and become a child of God, our job is to be a witness in whatever ways He shows us to, and to share His love and reflect His light to the world around us.

It’s the Spirit that does the work in people’s hearts. Our part is to be faithful to do what we can to try to win them to the Lord. We do our part by sharing the witness and being a living example of our faith, and the Holy Spirit will do the rest. It does not matter if you’re a great speaker or preacher; all that matters is that you do your part to share the Good News and be a living example of your faith. If we’re faithful to do our part, we can rest assured that ultimately it’s the Holy Spirit that’s doing the work to win the souls to the Lord.