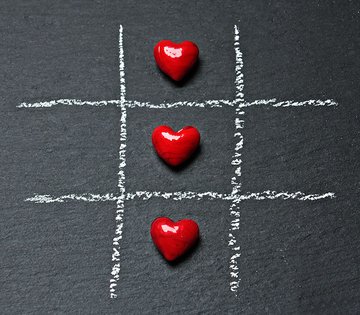 Since the Trinity doctrine is so crucial for Christians, and since it is so often distorted or misunderstood by various critics, it is important for believers to be able to define this basic Christian doctrine. Even though the Trinity doctrine is not fully comprehensible to the finite human mind, what Christians believe about the doctrine is clear and distinct in the church's creeds and statements of faith. The truth of this doctrine, however, can only be clearly and cogently communicated if believers take seriously their responsibility to study and show themselves approved.1…

Too many Christians, living as functional Unitarians,2 fail to recognize the Trinity’s relevance to their Christian faith and life. The Trinity doctrine is crucial because it reveals What and Who God is (one God in three persons), and this insight allows Christians, though in an obviously limited way, to view the inner working of God’s nature and personhood.

Furthermore, the Trinity doctrine brings together in a coherent manner the great truths about God’s historical, redemptive actions (completed in and through the Father, Son, and Holy Spirit). For example, (1) the Father (the first person of the Trinity) sends the Son into the world to offer a propitiatory sacrifice on the cross; that is, a sacrifice that both appeases the Father’s just wrath against sin and extends the Father’s love and mercy by allowing repentant sinners to escape divine judgment. (2) The Incarnate Son (the second person of the Trinity) is able to provide this atonement because he is both God and man. The God-man conquers death, sin, and hell through his glorious resurrection from the dead. (3) The Holy Spirit (the third person of the Trinity) is directly responsible for the repentant sinner’s new birth in Christ through regeneration, and the believer’s life journey of sanctification. The three divine members of the Trinity make the entire plan of redemption possible.

Redemption, therefore, in historic Christianity is initiated by the Father,3 accomplished through the Son,4 and is applied by the Holy Spirit.5 The doctrine of the Trinity is important because there is no salvation apart from the Triune God. And the more we reflect upon God’s Triune nature, the more we can learn to love and appreciate God for Who and What he truly has revealed himself to be.—Kenneth Samples

The Father, Son, and Holy Spirit are the same in their being as God; they are equally God, each possessing all the attributes of God. One is not more God, or more powerful, or more wise, than the other. If one were, then they wouldn’t be equally God, which would deny the truth of the Trinity.

In the way of analogy, this could be looked at as two football players who are a) both human and b) both football players on the same team but who play different positions. They are both human, so they have the same essence; they are both equally human. On the team, though, one may be the quarterback who calls the plays, and the other has a different position and thus a different job on the team. His position on the team means that he obeys the plays the quarterback determines. He obeys the quarterback because the position he holds requires him to follow the quarterback’s instructions, but in essence there is no subordination. This is similar to the Trinity; it’s like a team, and they each have their roles to play, but they are all equally God in essence.

The begetting of the Son and the proceeding of the Holy Spirit happen in eternity. There was never a time when the Son wasn’t begotten, nor that the Spirit didn’t proceed. The Father would not have been eternally Father without the eternal Son. This generation of God the Son, and God the Holy Spirit proceeding from the Father and the Son, is not something we can fully comprehend. It is part of the mystery of the Trinity, something beyond our full comprehension, considering that we are material creatures living in time and space, and God is the eternal Creator who is the source of everything. While we can understand the concept, the mechanics of it are a mystery.—Peter Amsterdam

Who was God loving before He created the world? Who was God speaking to before He created the world? If love is the heart of existence, and God is love, it is within the Trinity itself that we hunger for relationship. You hunger for relationship, I hunger for relationship, and existentially it is revealed in the Trinity itself where the Father loves the Son, where the Father and Son send the Holy Spirit. There must be relationship in the First Cause in order to explain it in the effect.—If God or Allah is a monad, there is no foundation for relationship, no community in the First Cause. For God to have no lack in relationship, to have no lack of love or the expression of it, He must exist, from eternity, as a being in community. Is it one and three? No. It is one in one sense, three in another—it’s not a mathematical issue, it is the very nature of being, unity and diversity in the community of the Trinity. There is both majesty and mystery.—Ravi Zacharias

The Bible teaches that God is one being and three persons. This is not a contradiction, because ‘being’ and ‘person’ are two different things. Your being is that which makes you what you are; your person is that which makes you who you are. For instance, I am one being, a human being, and one person, Nabeel Qureshi. Yahweh is one being, God, with three persons: Father, Son, and Spirit. Complex? Yes. Unique? Yes. Nonsensical? No.—Nabeel Qureshi

Personal relationships did not come into existence when God created finite personal beings (angels and humans). Relationship has always existed in this triune divine family. Christians should not think of God apart from His self-revelation as true, and this should inform us in our worship of God and in our life in the world. Unlike many philosophical conceptions of God as “wholly Other,” an “Unmoved Mover,” “First Cause,” or the “Ground of all being,” the Christian understanding rejects such nonrelational abstractions in favor of a God who is personal, intrinsically relational, and history engaging. This tri-personal God, though “over all” (transcendent), is also “in all” (immanent) and “not far from each one of us.”6—Paul Copan

2 Unitarians maintain that God is one being, rejecting the doctrine of the Trinity.