Made in the Image and Likeness of God 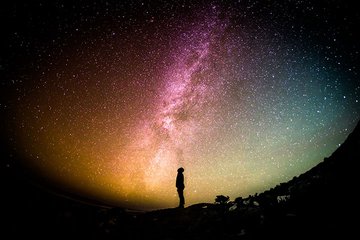 God said, ‘Let us make man in our image, after our likeness’ … So God created man in His own image, in the image of God He created him.1

Human beings (both male and female) were created in the image and likeness of God. God was saying that He was going to create beings that were like Him. He wasn’t saying that humans would be exactly like Him or that those He was about to create would be divine like He is, but rather that human beings would possess some similarities to God.

Human beings were made to have similarities to God. Even though Adam and Eve sinned and were separated from God, and through sin all of humanity is separated from God, this hasn’t caused the image and likeness to be completely lost. After destroying all humanity in the flood, except for Noah and his family, God reiterated that humans are made in His image. In the New Testament, reference is also made to people being in God’s image: God made man in His own image.2

While humans are still in the image and likeness of God, it’s not exactly the same as it was before the fall. Prior to the fall, Adam and Eve were pure and able not to sin. While they could choose to sin, they could also choose not to sin. After the fall they were different. Their moral purity was gone, and the desire and ability to stay aligned with God’s will was distorted. From that point on, humans were sinners by nature, and while they can refrain from sinning sometimes, by nature they sin and don’t have the ability to not sin. Though we are still in the image of God, that image has become altered due to sin.

As humans are the only creatures that God states are made in His image and likeness, this makes humans significantly different from all of the animal creation. While animals might have some elements of these features, or have them to some degree, man has them in a qualitatively greater fashion.

As God is a plural being in the Trinity, in a similar fashion, human beings reflect some of that plurality in that man and woman are two which become one flesh in marriage. Humans are personal beings. We interact and establish deep and complex relationships with others.

We have self-awareness; we are conscious of ourselves, of our own existence. We can know, examine, and judge ourselves. We are moral beings and have an inner sense of right and wrong.

We possess free will and self-determination. We have the ability to choose among options, and having decided on an option, we can move toward achieving that goal.

Our immaterial invisible spirits are immortal. God has always existed, and immortality is part of His essence. And being in His likeness (though not exactly like Him), the spirits of human beings are immortal in that they live forever after their separation from the body at death.

We are rational creatures with the ability to think logically, to reason, to be aware of the past, present, and future. We experience a wide range of emotions.

We are creative. While we don’t create to the degree that God does, we possess creativity of ideas and thought and thus can “create” new music, art, or literature. We can think of new ideas and possibilities and bring them into being. We use complex language to communicate.

There are other ways in which God’s image and likeness are manifest within humankind, but these are some of the most significant.

The Bible says that when God completed creation, He stated that everything He made was very good. This included Adam and Eve. It also says that man was made upright.

God saw everything that He had made, and behold, it was very good. And there was evening and there was morning, the sixth day.3

Having been created very good, with elements of knowledge, righteousness, and holiness, would mean that Adam and Eve were not created in a state of innocence with moral neutrality, but rather were created morally upright. From the time they were created until the time they sinned, Adam and Eve were morally upright and were capable of not committing sin.

When Adam and Eve sinned, they continued to be in the image and likeness of God; however, they were not as fully like God as they had been. They were no longer morally upright as they once had been, because they had chosen to disobey God’s command. It corrupted the original human nature.

It also changed their relationship with God, as they were sent away from Eden and blocked from returning “lest he reach out his hand and take also of the tree of life and eat, and live forever.” Along with this, physical death entered into humanity. God telling them that if they ate of the tree of the knowledge of good and evil they would surely die, implies that if they didn’t eat of it, they wouldn’t have died. Exactly how that would have happened, Scripture doesn’t tell us, but it does express that death entered humanity due to sin.

Adam and Eve sinning brought changes in humanity of epic proportions. The consequences of their sin brought a separation between God and humankind. It caused a distortion and degradation within the image of God in man so that man was no longer morally pure, causing men to live in a state of sinfulness, no longer having the ability to not sin. Thus God’s Word says that all men have sinned and fall short of the glory of God.4

While the human spirit lives beyond the death of the physical body, the body returns to dust, in accordance with God’s judgment for sin.

The consequences of sin among humanity are deeply connected to God’s plan of salvation. In Jesus’ incarnation, death, resurrection, and return, these consequences are overcome. His death and resurrection have brought about the salvation of our souls, meaning that the sins of humanity have been atoned for by Christ and that atonement is available to all who accept Him. The separation between God and the believer is no longer there, as Jesus’ death has brought reconciliation between God and those who have received His Son.

You, who once were alienated and hostile in mind, doing evil deeds, He has now reconciled in His body of flesh by His death, in order to present you holy and blameless and above reproach before Him.5

For if while we were enemies we were reconciled to God by the death of His Son, much more, now that we are reconciled, shall we be saved by His life. More than that, we also rejoice in God through our Lord Jesus Christ, through whom we have now received reconciliation.6

Through God’s love, grace, and mercy, manifest in Jesus’ death and resurrection, humans have been given the opportunity to overcome all of the effects of their sins and fallen nature. Physical death will be defeated as we rise from the dead and receive resurrected, imperishable bodies. The spiritual separation caused by sin will be gone and fellowship with God will be fully restored. Instead of being like the first man, the man of dust, Adam, we will be like the man from heaven, Jesus,7 and will bear His image.8