The Holy Spirit and the Messiah 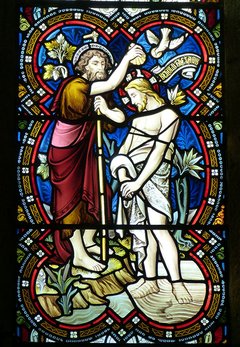 In the Old Testament, the Spirit of the Lord generally came upon or interacted only with specific individuals and only on a temporary basis. It was prophesied, however, that a time would come when God would pour out His Spirit in abundance upon all His people.1

The Old Testament also includes prophecies about the Messiah who was to come, who would be powerfully filled with the Spirit of God and would do great things in God’s name. While the Jewish people did not think that this Messiah would be the Son of God, as they had no concept that God was a Trinity, they understood that the Messiah, an anointed king, would be greatly empowered by God’s Spirit.

Later it was again prophesied in the book of Isaiah that God’s Spirit would be mightily upon the Messiah and that He would be anointed and do His work with the power of the Spirit of the Lord:

“The Spirit of the Lord God is upon Me, because the Lord has anointed Me to bring good news to the poor; He has sent Me to bind up the brokenhearted, to proclaim liberty to the captives, and the opening of the prison to those who are bound; to proclaim the year of the Lord’s favor, and the day of vengeance of our God; to comfort all who mourn; to grant to those who mourn in Zion—to give them a beautiful headdress instead of ashes, the oil of gladness instead of mourning, the garment of praise instead of a faint spirit; that they may be called oaks of righteousness, the planting of the Lord, that He may be glorified.”4

These prophecies were fulfilled in the life of Jesus, the promised Messiah. All four of the Gospels speak of Jesus being filled with the Spirit at the beginning of His ministry, when He was baptized by John the Baptist.5

Later, when asked about Jesus, John the Baptist said: “He whom God has sent utters the words of God, for He gives the Spirit without measure. The Father loves the Son and has given all things into His hand.”6

On the advent of Jesus’ ministry, the Holy Spirit descended upon Him without measure and remained on Him permanently. Immediately after this, the Spirit led Him into the wilderness, where the Devil tried to defeat Him, to no avail.7 After overcoming the temptations, Jesus began ministering to others in the power of the Spirit.8

When Jesus returned to Nazareth, the village where He grew up, He was chosen to read from the Scriptures in the synagogue. The passage He read was from Isaiah, about the ministry of the Messiah, and at the end of the reading, Jesus made it clear that it was speaking about Him—that He was the Messiah upon whom the Spirit of the Lord had fallen:

“And He rolled up the scroll and gave it back to the attendant and sat down. And the eyes of all in the synagogue were fixed on Him. And He began to say to them, ‘Today this Scripture has been fulfilled in your hearing.’”9

Jesus was stating that His ministry had begun, that He would proclaim the good news, bringing liberty to the captives, healing and freeing those who were oppressed, with God’s Spirit upon Him. The Holy Spirit, who descended upon Jesus, played a major role in His ministry—leading, guiding, and empowering Him.

Right before Jesus ascended into heaven, He told His disciples that He would send the “promise of the Father,” which was the Holy Spirit, the power of God, and that they were to wait in Jerusalem until they received this power from on high.10

The Holy Spirit which led, guided, and empowered Jesus was going to do the same things for His disciples. Jesus prepared His disciples for His departure, saying that in order for the Holy Spirit to come upon them, He had to leave, but that once He was gone, the Spirit would come to them. He said, “It is to your advantage that I go away, for if I do not go away, the Helper will not come to you. But if I go, I will send Him to you.”11

Jesus said it was necessary that He ascend to heaven, to return to the Father and be glorified, before the Holy Spirit—the Comforter, the Helper—could come.

Jesus had been with His disciples for about three and a half years. They had traveled with Him, lived with Him, learned from Him, heard Him preach to and teach the crowds. They had seen Him heal the sick, raise the dead, and cast out demons. They had private instruction from Him and watched how He interacted with others—the rich, the poor, the outcasts, the religious. They saw Him get arrested and crucified. They knew He was dead, yet He stood before them in the upper room alive again. Then came the time for Him to go. He had been many things to them, and now He was going to depart. He had told them He would ask the Father to send them another Comforter or Helper. “I will ask the Father, and He will give you another Helper, to be with you forever.”12

The word Helper or Comforter used in this verse is translated from the Greek word paraklētos, which is defined as called to one’s side, to one’s aid, a helper, aider, assistant; as well as one who pleads another’s cause before a judge, counsel for defense, an advocate.

Jesus is saying the Father will give the disciples another Comforter, which infers they presently have one. Jesus, the Helper, Comforter, Counselor, and Advocate they presently have is going to depart, and in His place the Father is sending the Holy Spirit. What Jesus had been to the disciples, and what the Holy Spirit was going to be to them, was very similar.

While Jesus was Helper and Comforter to the disciples, as well as teacher and truth-teller, and a witness, He said that after He departed He and the Father would send another Comforter who would do these things as well. This Comforter would mightily anoint the disciples in their mission. That is exactly what happened.