The Holy Spirit in the Old Testament 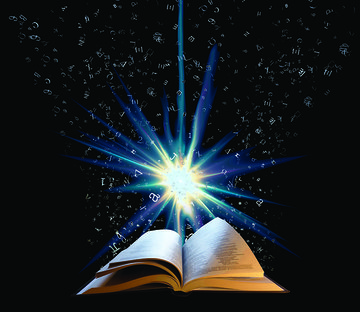 In the Old Testament, the concept of three persons in one God—Father, Son, and Holy Spirit—had not yet been revealed. It only started to become revealed during and after Jesus’ ministry, death, resurrection, and ascension into heaven and the sending of the Holy Spirit at Pentecost. While the writers of the Old Testament didn’t understand the concept of the Trinity or see the Holy Spirit as a member of the Trinity, they did write about “the Spirit of the Lord” and “the Spirit of God.” In this sense they saw the Spirit as a part of God, as His power or action.1

The work and manifestations of God’s Spirit

Besides taking part in creation, God’s Spirit is seen at work throughout the Old Testament. When Moses was leading the children of Israel during their 40 years in the desert, God’s Spirit was upon him. When the burden of leading the people was too much for him, the Bible says that God put His Spirit upon seventy elders of the people.5 Joshua was said to have the Spirit within him. Others, called judges, who were to later lead the people after Joshua died, also had the Spirit of God come upon them.6 In these instances the Spirit of the Lord came upon people at certain times, but didn’t dwell within them permanently.

After the time of the judges, the line of the kings of Israel began. The Bible notes that the Spirit came upon the first two kings, Saul and David. When Samuel first anointed Saul to be king over Israel, he told Saul a number of things that would happen, and said that once those things came to pass, God’s Spirit would come upon him. These things happened as Samuel said they would, and God’s Spirit fell upon Saul at that time, and at other times as well.7 In Saul’s case, because of his disobedience, God’s Spirit was later withdrawn from him.8

The Spirit was given to David years before he was made king. The Bible says, “Then Samuel took the horn of oil and anointed him in the midst of his brothers; and the Spirit of the Lord came upon David from that day forward.”9

The Spirit of God was also mentioned in relation to prophecy within the Old Testament: “The Lord came down in the cloud and spoke to him [Moses], and took some of the Spirit that was on him and put it on the seventy elders. And as soon as the Spirit rested on them, they prophesied.”10

When giving Moses instructions for building the ark of the covenant, and for the tabernacle, the altar, the priestly vestments, and the many vessels needed in the tabernacle and during the sacrifices, God told him of specific workmen that He had filled with His Spirit, ability, intelligence, knowledge, and craftsmanship: “The Lord said to Moses, ‘See, I have called by name Bezalel … and I have filled him with the Spirit of God, with ability and intelligence, with knowledge and all craftsmanship’...”11

The Spirit of the Lord also came upon the Old Testament prophets. In 2 Peter, referring to prophecy within Scripture (referring to the Old Testament), it says that the prophets were moved by the Holy Spirit: “Know this first of all, that no prophecy of Scripture is a matter of one’s own interpretation, for no prophecy was ever made by an act of human will, but men moved by the Holy Spirit spoke from God.”12

Within the Old Testament, the Spirit of God was clearly active in a variety of ways. When the Spirit came upon or empowered people, it seems to have been for a specific instance or for a limited duration. Author J. Rodman Williams expressed it this way: “The Spirit could ‘clothe’ someone but, like clothing, was not a permanent vestment. Thus the endowment of the Spirit was largely transitory: for an occasion, for a task, or for an utterance. It was not an abiding reality.”13

The New Testament and Pentecost

God did, however, speak of a time in the future (which we now know was at Pentecost) when His Spirit would dwell within His people; and not just a few of them, but all of them—including women, as well as servants, which for that time and in that culture was a strong way to make the point that it was for everybody. During the 400-year period between the last writings of the Old Testament and the time just prior to Jesus’ birth, there is little evidence of the movement of God’s Spirit, especially in the realm of prophecy or guidance given directly from the Lord. However, at the dawning of New Testament times, the Holy Spirit is seen once again moving and acting among God’s people in relation to the birth of God the Son, Jesus. Elizabeth and Zechariah, the parents of John the Baptist, were filled with the Spirit.14 Their son, John, was filled while still in his mother’s womb.15 The Holy Spirit came upon Mary and overshadowed her so that she conceived Jesus.16

While the Spirit of God is seen as being manifested all throughout the Old Testament writings, it is in the life and ministry of Jesus, and in the sending of the Holy Spirit at Pentecost, that we see the power and anointing of the Holy Spirit poured forth in an expanded and widespread manner.