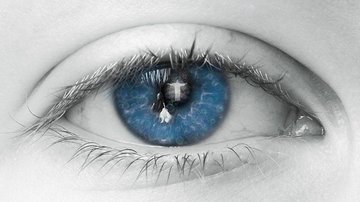 As for me, I shall behold your face in righteousness; when I awake, I shall be satisfied with your likeness.—Psalm 17:151

Beloved, we are God’s children now, and what we will be has not yet appeared; but we know that when he appears we shall be like him, because we shall see him as he is.—1 John 3:22

From the very beginning, God’s plan has been to make you like his Son, Jesus. This is your destiny … God announced this intention at Creation: “Then God said, ‘Let us make human beings in our image and likeness.’”

In all of creation, only human beings are made “in God’s image.” This is a great privilege and gives us dignity. We don’t know all this phrase covers, but we do know some of the aspects it includes: Like God, we are spiritual beings—our spirits are immortal and will outlast our earthly bodies; we are intellectual—we can think, reason, and solve problems; like God, we are relational—wecan give and receive real love; and we have a moral consciousness—wecan discern right from wrong, which makes us accountable to God.

The Bible says that all people, not just believers, possess part of the image of God… But the image is incomplete and has been damaged and distorted by sin. So God sent Jesus on a mission to restore the full image that we have lost.

What does the full “image and likeness” of God look like? It looks like Jesus Christ! The Bible says Jesus is “the exact likeness of God,” “the visible image of the invisible God,” and “the exact representation of his being.”—Rick Warren3

In the first chapter of the first book of the Bible we are told that “God created man in his own image, in the image of God created he him.”4 In other words, God made us very much like Himself in many ways, in His image and His likeness. We are like God! We have the majesty of choice, and we are similar to God in our thinking and in our emotions and in our personalities.

Man was created and put here to make a choice between good and evil, to do right or wrong, to serve God or himself. He learns thereby the benefits of serving God—reaping the joy and happiness and pleasures of keeping God’s loving rules for his own good and worshipping and thanking God for it all in return, as grateful children of their heavenly Father, to believe in Him and have faith in Him and trust Him and His Word and obey it for their own good and His glory.

When man chooses to rebel against God and go his own way, he suffers the consequences of rebellion against God’s law of love, which brings misery, suffering, man’s inhumanity to man, cruelty, atrocities, wars, economic ills, mental anguish, and death.

God is interested in our decisions. He’s concerned to see if, when we are given the great majesty of choice, we will make the right choices. Of course, He is sad to see when we make the wrong choices. This is why He put us here and this is what we’re here to learn: how to make the right decisions. So God has had to give us the opportunity to have our own way and choice to see what we will do.—David Brandt Berg

Molded into His image

We are being made into the image of one who is. Thankfully, though sometimes painfully, God is continually at work shattering the images we fashion of ourselves and of God. The Incarnation is the greatest example. This is not the Messiah those who were waiting for him expected. It’s not the Messiah we would expect either. This is not at all what we imagined he would ask of us. Yet this man who wept at the grave of Lazarus and sweat in blood at Gethsemane stands and asks us to consider it. Coming as an infant, Jesus brings us more of what it means to be human than we are yet able to emulate. Coming as God, he silences our questions of who God is—with a face, a hand, a Cross. We can no more mold ourselves into lasting icons than we can mold a lump of clay into a god that speaks. But we can be molded into the image of the God who lives, when shaped at the hands of the God who sent him.—Jill Carattini

We have personhood because we are made in the image of God. The difference between human beings and all other created things on earth is that we are made in God’s image and they are not; we possess personhood and they don’t. As William Lane Craig said, Man is a person because God is personal, and that is what enables us to relate to God.5 God being personal and possessing personhood doesn’t mean that God is human; rather it means that we as humans share personhood with God.

Throughout the Old Testament it’s plain that God was personally and actively involved with His people.6 The book of Genesis shows God interacting in a personal way with His creatures in many instances, including in the creation of the world, in His actions and conversations with Adam and Eve, through His entering into personal covenants with Noah, Abraham, Isaac, and Jacob. He continued to show Himself as personal through His dealings with Moses and the children of Israel.

When Moses asked, God spoke His name—Yahweh, I AM. Having a name and giving that name to another is a personal act. He also has titles that depict Him as personal, such as Father, Judge, Shepherd, or Husband.8

Nothing showed that God is personal as clearly as His revelation of Himself in Jesus. Jesus was God walking the earth, and He was personal in every way, in every act, so much so that He personally died so that we could receive salvation.

Our God is not some faraway disinterested being. He is a God who is personal, who has a relationship with His creation. He has made Himself known to us through His Word. He has shown us some of what He’s like. He is interested in us as individuals. He has made a way for us to live with Him forever, through salvation. Through belief in Jesus, God the Son, we become God’s children, which enables us to touch Him personally, to communicate with Him, to hear His voice, to share our hearts with Him. He communes with us, abides in us, and loves us. We commune with Him, abide in Him, and love Him. We have a personal relationship with the Personal God. How incredibly wonderful!—Peter Amsterdam