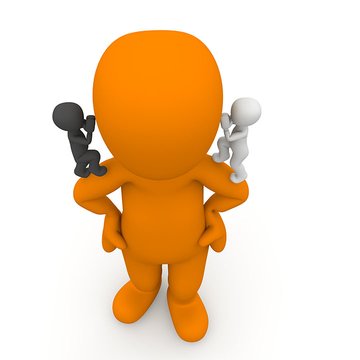 Sin affects the life of every human being and is what has caused the separation of humans from God. Thankfully, God, in His love and mercy, has made salvation from sin available to humanity through Jesus’ suffering and death. As Christians, we have the incredible blessing of being forgiven for and redeemed from our sins. We are saved from the punishment of sin in the afterlife, a gift which is of inestimable value, as we will live forever with God. Sadly, we live in a world with many who don’t know that salvation is available, and our mission as Christians is to share that good news of the gospel with them.

As Christians, it is important for us to understand the various aspects and effects of sin, as it helps us to better understand and explain to others why evil things happen in our world, and the origin of many of the problems and suffering humankind faces today. Having a fuller picture of sin helps us to better understand and communicate to others the need for and importance of salvation, while bringing about a deeper appreciation for our own salvation and what we’ve been saved from. While we’ve been blessed with redemption, for those who reject salvation, the effects of sin will have serious long-term consequences, not just in this life but in the life to come.

The New Testament uses a variety of words when speaking of sin. These are translated as violate, transgress, overstep, miss the mark, go past, fall beside, failure, wrongdoing, deviate from the right path, turn aside, a deviation from truth and uprightness, unrighteousness of heart and life, lawlessness, ungodliness, unbelief, rebellious disobedience, and falling away.

While the sins humans commit are often sins against others, such as stealing from someone or lying about them, and while these sins can also damage the person committing the sin, they are first and foremost sins against God. To do such things is to break the moral laws of God; however, more importantly, these are sins against the Lawgiver Himself. They are an affront to His holiness and righteousness, and cause a separation between human beings and Him.

The Bible teaches that sin is universal—that every human being, with the exception of Jesus, has been and is a sinner. Both the Old and New Testaments speak of everyone as sinners and no one as fully righteous. “No one living is righteous before You.”1 “Surely there is not a righteous man on earth who does good and never sins.”2 “If we say we have no sin, we deceive ourselves, and the truth is not in us.”3

The universality of sin is a concept that is present even in many pagan religions, which confirms that humankind has an intuitive understanding of God’s moral law and of man’s sinful condition. Throughout the ages, religions made sacrifices because they believed they had displeased their gods.

Where did sin originate?

When God created moral beings, angels and humans, He created them with free will. He created them with the ability to make moral choices, and in doing so, made it possible for them to choose to do good and right. However, giving them free will also allowed for the possibility for them to choose to do wrong. Their freewill choice to disobey God is where sin originated. God did not cause the moral beings He created to sin. However, they freely chose to disobey His commands and expressed will, and thus to sin.

God is not the author of sin. He is holy; He separates Himself from sin. He doesn’t commit sin, He does no wickedness or wrong, and He doesn’t tempt people to do evil. Evil is the absence of good. It’s not a physical thing that is created. Evil is, in a sense, the absence of God, just as darkness is the absence of light. God couldn’t create evil, as if He did, He would be acting against His nature and character, which God does not do, and in fact cannot do. Let’s take a brief look at how the Bible expresses God’s holiness and righteousness and His outlook on sin:

“The Rock, His work is perfect, for all His ways are justice. A God of faithfulness and without iniquity, just and upright is He.”4 “The Lord is upright; He is my rock, and there is no unrighteousness in Him.”5 “Let no one say when he is tempted, ‘I am being tempted by God,’ for God cannot be tempted with evil, and He Himself tempts no one.”6

While God didn’t create or cause sin, He did create a universe with creatures that have free will, which meant that His free-will creatures could choose to do wrong. In His omniscience and foreknowledge He knew this would happen, and in His love and mercy He made the way to reconcile humankind to Himself.

As Christians, we are not condemned for our sins, because Jesus’ death on the cross has brought forgiveness for our sins. However, that doesn’t mean that we don’t sin, that sinning doesn’t matter, or that we don’t suffer the consequences of our sins in this life, in the damaged relationship with God that sin brings or in the hurt that sin causes others and ourselves.

As Christians, sin does not affect our legal standing before God. We are saved, we are His adopted children, members of His family, and we don’t lose that; we are not condemned. “There is therefore now no condemnation for those who are in Christ Jesus.”7

Sin, however, is displeasing to God. He doesn’t stop loving us, just as we don’t stop loving our children when they disobey or do wrong things. We may feel some relationship “distance” from children who have deliberately disobeyed, and we may need to discipline them in some manner, but they are still our children and we still love them. This is similar to God in relation to us when we sin. He is still our Father, He still loves us, but there is some damage done to and some distance created in our relationship with Him.

He expects us to ask His forgiveness when we sin. As Jesus has already paid for all of our sins, asking for forgiveness isn’t related to our salvation, but rather is a means of repairing the damage our sins cause in our relationship with God. When His disciples asked Him to teach them to pray, Jesus taught them the “Lord’s Prayer,” which includes: “Give us each day our daily bread, and forgive us our sins.”8 Jesus told His first disciples to ask the Father to forgive their sins, and as His disciples today, we should do the same.

The lives we lead in accordance with God’s will, our relationship with God, our decisions to sin or not sin, and the fruit we bear, all factor in to our lives now and beyond. So as Christians, we should be very mindful of our thoughts and actions as we try to live godly lives. We won’t and can’t be sin-free, but we can make the effort to not sin, and we can regularly ask God to forgive us when we do.

Being reconciled to God through Jesus, being forgiven for our sins, being redeemed, is the greatest gift one can receive—a personal gift directly from the hand of God. It not only changes our lives today, but for eternity. It is a gift that each of us has received, and that we have been asked to pass on to others. It’s the good news we are commissioned to tell others about, so they too can be freed from sin’s grasp and can become children of the eternal, loving, gracious, and merciful God.