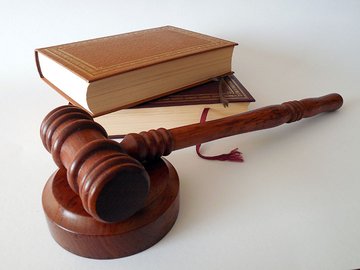 The righteousness of God means that His being, His nature and character, is always righteous—good, right, and just; He Himself is the ultimate standard as to what is right. In Him there is no wrongdoing. Because He is the standard of righteousness, without fail He does what is right. He is total integrity, goodness, and uprightness.

I the Lord speak the truth; I declare what is right.1 The Lord is upright; He is my rock, and there is no unrighteousness in Him.2 He is the Rock, His works are perfect, and all His ways are just. A faithful God who does no wrong, upright and just is He.3

Righteousness and justice are the foundation of Your throne; steadfast love and faithfulness go before You.4 The Lord is righteous ... He will do no injustice. Every morning He brings His justice to light; He does not fail.5

Because God is righteous in His nature, He is fair and equitable in all His ways, including in His interaction with humanity. Because God is holy, He can’t abide sin, and because He is righteous, it is necessary for Him to treat people according to what they deserve. God rewards the upright, those who live in alignment with God’s will, Word, and ways. By the same token, when one sins, there is punishment. If there were no rewards and punishment, then God would be unfair, and thus unrighteous—which He can’t be, as that would go against His nature and essence.

Eye has not seen, nor ear heard, nor have entered into the heart of man the things which God has prepared for those who love Him.6 The King will say to those on His right, “Come, you who are blessed by My Father, inherit the kingdom prepared for you from the foundation of the world.”7

Because of your stubbornness and your unrepentant heart, you are storing up wrath against yourself for the day of God's wrath, when His righteous judgment will be revealed. God “will give to each person according to what he has done.” To those who by persistence in doing good seek glory, honor and immortality, He will give eternal life. But for those who are self-seeking and who reject the truth and follow evil, there will be wrath and anger. … For God does not show favoritism.8

Perspective on and Treatment of Wrongdoing

There is a difference in God’s perspective toward and treatment of those who patiently and persistently obey the truth, and those who reject truth and follow evil. For the first, there is reward; for the second, wrath and anger. Of course, all humans sin, but God makes a difference between someone who repents and is sorry for their sins and someone who has willfully chosen to follow evil.

If we confess our sins, He is faithful and just to forgive us our sins and to cleanse us from all unrighteousness.9 The person who does anything defiantly, whether he is native or an alien, that one is blaspheming the Lord; and that person shall be cut off from among his people. Because he has despised the word of the Lord and has broken His commandment, that person shall be completely cut off; his guilt will be on him.10

It’s difficult for many of us to think of God’s judgment on sinners as something that is good and right. We like to think of God as the God of love, and He most definitely is that. He loves us unconditionally, even when we sin. He even loves those who sin defiantly. Because His love is also His nature and character, He loves us inherently. However, He doesn’t love our sin. Our sin separates us from Him.

Because He is supremely holy, He can’t accept sin; and because He is righteous, sin must be punished or atoned for. But then, because He loves us, He made the way for our sins to be atoned for through Jesus’ death and resurrection, so that we are spared from having to be separated from God or punished for our sins.

In a sense you could say that the combination of God’s holiness, righteousness, and justice fully condemns humankind. Every human being sins, and thus offends God’s holiness—His very nature. As He is righteous and just, He must give everyone what they deserve; and what we all deserve, as sinners, is punishment for sin. Since God’s holiness requires His separation from sin, because of our sin we deserve permanent separation from Him. Some Christian thinkers believe that that’s what hell is—a permanent separation from God, living apart from God with no sense of His presence, an abandonment so that He is not present to communicate with or help in any way. Some see hell as the culmination and a continuation of the choices people have made to remove God from their lives in their present life, which then continues on, even more acutely, in the afterlife.

God is the supremely righteous and just Judge. He alone is the discerner of the thoughts and intents of the heart. He alone can know and understand the fullness of one’s action, motive, and purpose, and therefore is the only one who can always accurately judge. As humans, we often judge by appearances or according to how we understand the situation. However, God knows the heart of the matter.

God is a righteous judge, and a God who feels indignation every day.11

Henceforth there is laid up for me the crown of righteousness, which the Lord, the righteous judge, will award to me on that Day, and not only to me but also to all who have loved His appearing.12

The word of God is living and active, sharper than any two-edged sword, piercing to the division of soul and of spirit, of joints and of marrow, and discerning the thoughts and intentions of the heart.13

God’s righteousness and justice can seem frightening in some ways. To know that He hates sin, that He feels indignation every day, and that sin must be punished, can be fearsome. At the same time, this is why salvation is so beautiful and important. God loves us and sent His Son to save us from the punishment that we, as sinners, deserve. This is love: not that we loved God, but that He loved us and sent His Son as an atoning sacrifice for our sins.14

Jesus suffered for us, He carried our sins to the cross, He was punished for our wrongdoing. This is the magnificence of God’s love for us. We don’t have to live in fear of judgment. He made the way for us to be connected to Him, to be His children, rather than be condemned to separation from Him. We have this wonderful assurance, and this also impresses upon us the importance of sharing salvation with others through witnessing to them.

Understanding that God is just and righteous should also help us to trust Him, to know that we can count on Him to always do what is right concerning us, even if we don’t understand it at the time. God has complete understanding of all things, and He loves us; therefore we can safely rely on Him in all situations.