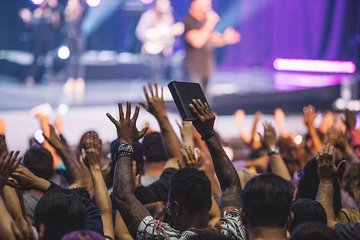 God possesses a different mode of being than all other beings. Only He is uncreated and infinite; everything else is created and finite,1 so He is different from all created things. The theological word for this is God’s transcendence, which means He exists apart from and not subject to the limitations of the material universe. Transcendence expresses that His being is of a higher quality than ours, which is what you would expect of a Creator as compared to His creation.2 The biblical term for this difference, for the “otherness” of God, is holy.

The meaning of holiness

The Hebrew word translated as “holy” and the linguistic family of words from the same origin all imply apartness, sacredness, separateness, holiness. To say that God is holy is to say that He is set apart, distinct, and “wholly other” than everything else.

God’s holiness, in relation to His essential being, stands for everything in God that makes Him different and greater than we are. It represents God’s divinity. God’s holiness is the essential difference between God and man. God alone is God; there is none like Him. He is sacred. He is the Creator, man is the creature. He is superior to man in every way. He is divine.

Holiness is also seen as a moral attribute of God. Morally, God is perfect, which also sets Him completely apart from sinful man. Although the holiness of God sets Him apart from humanity both essentially and morally, holiness is an attribute that, like some of the other attributes of God, we can share in to a small degree. Any holiness which we may have, either in being set apart by God and consecrated to Him, or in our acting morally, is only a wisp of a shadow of the holiness of God. God’s holiness is infinitely superior. The difference is that we may do holy acts, but God is holiness.

God’s holiness denotes His supreme majesty, His awesomeness, that He is supremely exalted over all creatures. In Isaiah’s vision of God in the sixth chapter of the book of Isaiah, he spoke of the holiness of God:

As you probably noticed in that verse, God is said to be “Holy, holy, holy.” Christian minister and lecturer Timothy Keller commented that in the Old Testament Hebrew, magnitude is conveyed through the repetition of a word.

Here God is depicted as so holy that it is repeated three times.

God’s holiness is infinitely holy. It is holiness of the highest degree. It is superlative. There is no other holiness like it. This is not only true of God’s holiness, but of all the attributes of God. God’s love is love of the highest degree. His wisdom, knowledge, power—every quality of God—is superlative. There is nothing that compares with it. While we, as humans, can have a modicum of some of these qualities, since we are made in God’s image, ours can never compare to the magnitude or the infinity of God’s qualities. He is pure love, pure power. He alone is holy, holy, holy.

In addition to the way God is “wholly other” in His essence and being (ontologically), He is also separate and distinct in His ethical and moral nature. He transcends all that He has made in His uprightness. God is morally perfect in character and action. He is pure and righteous; He has no evil desires, motives, thoughts, words, or acts. He is eternally and unchangeably holy.4 He has divine purity with no taint of anything impure. As such, God is set apart from humankind’s sinfulness.

In the Old Testament the Israelites, both the priests and the people, were instructed to follow many rites and ceremonies of purification. Anything that defiled a person—making them impure or unclean either outwardly or inwardly—kept them from approaching God and His dwelling place, the tabernacle or temple. Thus God told them to perform these ceremonies to cleanse themselves. This was a demonstration that the Holy One was separated from all that is not holy.

Because God is pure holiness itself, He is separate from all moral evil and sin. He can have no communion with sin. It is an offense to His very nature. In the Bible, it states: “Your eyes are too pure to look on evil; You cannot tolerate wrong.”5 “You are not a God who takes pleasure in wickedness; no evil dwells with You.”6

Because of God’s inherent holiness, He cannot abide sin; yet all humans sin. However, because God is also supremely loving and merciful, He designed the plan of redemption which required Jesus’ incarnation, His sinless life, and the sacrifice of His life on the cross for the sins of humankind—all of which satisfies the righteousness and justice of God, and brings reconciliation between God and those who receive Jesus. God did this out of love for us, His creation.

“For God so loved the world, that He gave His only Son, that whoever believes in Him should not perish but have eternal life.”—John 3:16

3 Timothy Keller, “The Gospel and Your Self,” Redeemer Presbyterian Church, 2005.