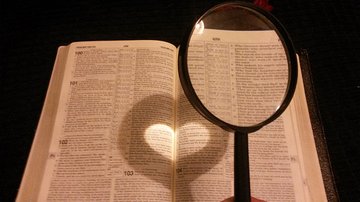 When you read the four Gospels, it’s very clear that there are differences between them, both in substance and in presentation. The Gospel of John tells the story in a different manner than the three synoptic Gospels.1 It eliminates many of the stories the synoptic writers include, while documenting other aspects and words from Jesus that the synoptic writers don’t mention. Furthermore, although there are many similarities within the synoptic Gospels, there are also differences between them. Differences are seen in which events are covered, the order of events, the words and actions of Jesus, and the way the authors have framed their presentation.

However, while there are differences, the overall message of the four Gospels is the same: Jesus is the Son of God, the Messiah whom Old Testament scriptures pointed to, sent by His Father to redeem humanity and to bring people into a renewed relationship with God through Jesus’ sacrificial death and resurrection.

The Gospel authors wrote under the inspiration of the Holy Spirit, yet they each had their own personality, background, cultural context, sources, writing style, and audience, which are reflected within their Gospel. They each told the story either from personal recollection or from what they had been told by eyewitnesses (Matthew and John probably from personal recollection, Luke and Mark from eyewitnesses). With the Holy Spirit’s guidance, they constructed their presentation of Jesus’ life and teachings in a manner that suited their style of writing and would relate to the audience they were writing for. As such, it follows that there would be some differences within the Gospels.

While there are differences in some gospel accounts, it should be understood that because the authors were conveying eyewitness accounts—either their own or those of others—it is to be expected that the accounts would differ in some of the details, as that is the nature of eyewitness accounts. In courts of law, eyewitnesses seldom agree on every detail; and when they do, they are generally understood to be tainted witnesses or even perceived as having conspired together to deceive the court. Eyewitness accounts will generally differ to some extent from one another, and will include or leave out some aspects that another eyewitness will include. The differences don’t make the accounts unreliable.

Sometimes within the Gospels a partial or abbreviated account of some event is given; yet even though it doesn’t give all of the details, it is still a true account. I heard someone use an illustration which I thought explains this well: A young man was asked at different times where he met his wife. One time he said he met her on a couch, another time he said he met her in an attic, and the third time he said he met her at a Bible study. All of these were true, as he sat next to her on a couch at a Bible study which was held in a friend’s attic. It’s worth remembering, when comparing the various Gospel accounts, that a partial report is not a false report.

Should the differences in how the Gospel writers present the story be a cause of concern? Do they mean that the Gospels are inaccurate or untrue? Not at all. Each Gospel writer told the story of Jesus with the goal of sharing the good news of who Jesus was and what He taught, so that his readers could understand the great thing God had done and come to believe. While the four Gospel writers were telling the same story, they did so with specific points they wanted to emphasize or focus on, and developed their books accordingly.2

For example, Matthew emphasizes that the coming of Jesus was planned and prophesied by God throughout the Jewish Scriptures (the Old Testament), centuries before His birth. The events of Jesus’ birth, life, teaching, miracles, and death were in fulfillment of specific prophecies documented in the Old Testament. Eleven times throughout the gospel, Matthew makes reference to prophecy and fulfillment.3 This indicates that his gospel was probably written with a Jewish or Jewish Christian audience in mind, and so he framed the material in a manner which would help that audience come to faith.

Mark, who wrote the shortest of the Gospels, approached the story in a different manner. He didn’t include the large portions of discourse that Matthew did. Instead, his presentation is focused on action. This gospel moves swiftly through Jesus’ life. For example, the story of Jesus’ baptism, the Spirit descending upon Him, and the temptations in the wilderness all happen within four verses. Matthew took sixteen verses and Luke fifteen to tell the same story. With Mark, everything seems to be intense and full of action. Things are done immediately. Forty times Mark uses the Greek word eutheōs (you-thay-os), which is translated as immediately/at once/as soon as. People in Mark’s Gospel run.4

Mark focuses on Jesus as the Son of God. He starts his Gospel with the words, the beginning of the gospel of Jesus Christ, the Son of God,5 and upon Jesus’ death records the Roman centurion who was standing in front of Jesus as saying:Truly this man was the Son of God!”6 When asked at His trial if He is the Messiah, God’s Son, He replies, “I am, and you will see the Son of Man seated at the right hand of Power, and coming with the clouds of heaven.”7 Throughout Mark’s Gospel, Jesus is portrayed as God’s Son who has authority and power over disease, demons, and nature.

Luke emphasizes that Jesus’ coming was for everyone, including Gentiles. Simeon called Jesus “a light for revelation to the Gentiles.”8 Luke tells of Jesus’ references to the Old Testament Gentiles who experienced the grace of God—the widow of Zarephath and Naaman the Syrian.9 He also shows Jesus as being sympathetic toward the Samaritans.10

Luke also places emphasis on the Holy Spirit: Mary was overshadowed by the Spirit;11 John the Baptist was filled with the Spirit,12 as were his mother and father.13 Jesus was filled by the Spirit in a special way at His baptism, and His life was full of the presence of the Spirit.14

After giving the account of Jesus’ birth and John the Baptist’s ministry, Luke tells of His journey to Jerusalem (9:51–19:27). It’s within this journey that Luke places most of Jesus’ parables, many of which are found only in Luke’s gospel. Unlike Mark’s gospel, Luke includes a great deal of Jesus’ teachings.

The Gospel of John is divided into two main parts, which are framed by a prologue (1:1–18) and an epilogue (chapter 21). The first part (1:19–12:50) is often called the “Book of Signs.” All of Jesus’ miracles (signs) are contained in this part. The second part, referred to as “The Book of Glory,” begins with the Last Supper (chapter 13), moves into the Farewell Discourse (chapters 14–17), and ends with the Passion Narrative and the resurrection (chapters 18–20).

In this gospel, Jesus is also the personal expression of God as the Son. “Know and understand that the Father is in me and I am in the Father.”18 “I and the Father are one.”19 This was why the Jews were seeking all the more to kill him, because not only was he breaking the Sabbath, but he was even calling God his own Father, making himself equal with God.20

While all the Gospels essentially tell the same story, each writer tells the story in his own manner, so we basically have four different versions of the story of Jesus. Even within the synoptic Gospels—Matthew, Mark, and Luke, which are quite similar—there are differences in the order and places of various events. For example, Matthew tells us about the sermon given on the mount, while Luke tells of the sermon on the level place.21 The wording of these sermons, though similar, is not exactly the same. As readers, we should keep in mind that the words Jesus spoke, the sermons He preached, were not recorded and then transcribed. They were, however, likely repeated at different times in different places.

Like other Jewish teachers of His day, Jesus was an itinerant teacher. He traveled from town to town with His disciples in tow. He preached and taught wherever He had the opportunity. Undoubtedly He repeated the same sermons and taught the same things many times over to different audiences, and while they were the same sermons or teachings, He most likely didn’t always say it using the exact same words that He had at other times and in other places. His disciples would have become very familiar with what He said, having heard it many times, and most likely were able to remember and accurately repeat the content of what He had taught to others, though there would have been wording differences. These wording differences are reflected within the Gospels.

The Gospel writers, following the genre of ancient biographies, emphasized different aspects of Jesus and His ministry and arranged their order of events in a manner that best suited their presentation of the Gospel. They often ordered things topically rather than chronologically.

While the Gospel writers may emphasize different aspects of Jesus’ teaching, or present material that is original to their particular gospel, they have each written rich accounts of Jesus’ life that have brought billions of people into the kingdom of God. May we each value the life-changing story they told, and may we share it with those God brings across our path.

Unless otherwise indicated, all scriptures are from the Holy Bible, English Standard Version, copyright © 2001 by Crossway Bibles, a division of Good News Publishers. Used by permission. All rights reserved.

1 For more about the synoptic Gospels, and the Gospels in general, see The Four Gospels.

2 Points about the four Gospels are taken from Elwell and Yarbrough, Encountering the New Testament.