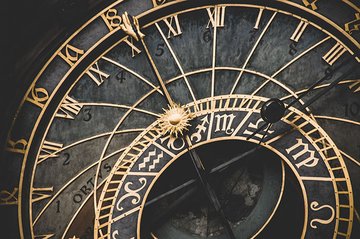 There’s a difference between the universal, timeless principles and promises that we find in the Bible, and the instruction and guidance that God gave to specific people for specific times or situations, which are also recorded there. God’s timeless Word consists of those passages that apply to everyone, everywhere, and will never change. For example, “God is love”1 is one of the most powerful truths expressed in the Bible, and one that is immutable. “Love your neighbor as yourself”2 is a core principle of the Christian faith, and that also will never change.

Jesus’ Sermon on the Mount and other teachings are every bit as relevant to us today as they were to those who heard them from Jesus’ mouth two thousand years ago.

God’s Word is overflowing with beautiful, timeless principles and promises that apply to us and which the Bible says were recorded for our benefit, so that we can learn from others’ experiences.3 On the other hand, there are many passages in the Bible that can’t be applied literally to our lives today. A good deal of the Old Testament is historic in nature, chronicling the lives and times of the Jewish people and their forebears. The fundamental principles of the Word are timeless, but we must apply them in the context of contemporary circumstances.

The Mosaic Law had been the Jewish people’s standard for more than a thousand years, although how to apply it had often been a complicated and controversial matter. Jesus shone new light on the matter. His teachings focused on love, mercy, and humility, in sharp contrast to the exacting, legalistic interpretation held by the religious leaders of His day and their predecessors.

“You have heard the law that says the punishment must match the injury: ‘An eye for an eye, and a tooth for a tooth,’” Jesus said in His Sermon on the Mount. “But I say, do not resist an evil person! If someone slaps you on the right cheek, offer the other cheek also. If you are sued in court and your shirt is taken from you, give your coat, too. If a soldier demands that you carry his gear for a mile, carry it two miles. … You have heard the law that says, ‘Love your neighbor’ and hate your enemy. But I say, love your enemies! Pray for those who persecute you! In that way, you will be acting as true children of your Father in heaven.”4

Jesus ushered in a new era of faith that made obsolete the complicated rules and regulations, customs, and ceremonies detailed in the Old Testament, which the Jewish people had held to for over a thousand years. “The law was our tutor to bring us to Christ, that we might be [made right with God] by faith,” Paul the apostle explained. “But after faith has come, we are no longer under a tutor."5

As Christianity has developed over time, methods, concepts, and applications have continued to change and evolve. The early church faced the challenge of organizing and evolving from a small group of persecuted believers to an established religion with influence on the world of their day. And like the early church, the believers of each era since have had to be prepared to adapt to the world around them to some degree in order to reach people and to be relevant. Whenever the church tried to halt the process of change or was unwilling to adapt to the times, it ran into trouble; it either became too rigid and controlling, or it became irrelevant and people lost interest in Christianity.

As Christians, we should strive to identify the timeless principles of the Word, but at the same time understand that how these principles are applied may change as the context changes.