What Jesus Said on the Cross 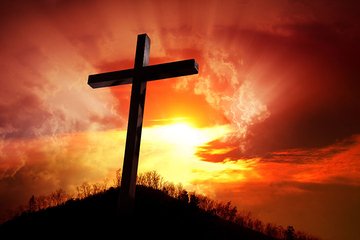 Everything that Jesus said on the cross represented a different expression of His love. His Words spoken then still move people today.

“Them” were also those in the mis­guided, manipulated mob that had called for Jesus’ death and forced Pilate’s hand—the same common people who had hailed Jesus as their King only a few days earlier (Mark 15:6–14; Mark 11:8–10). How could Jesus say that any of these people didn’t know what they were doing? To a certain degree they had to, but they didn’t realize the enormity of what they were doing—that they were killing the Son of God.

Jesus spoke these words to the repentant thief who was crucified beside Him. The following true story shows the present-day effect of these words.

A couple was robbed of their credit cards, papers, and cash. Some friends prayed with them that they would be able to overcome the trauma of the theft and that the stolen items would be recovered. A week later the couple received a thick envelope in the mail. All of their valuables were inside. So was a note, which was signed, “From a repentant robber.” There also was a drawing of three crosses. The cross on the right was circled. Jesus’ mercy and forgiveness still change people today.

Love for family and friends

Jesus spoke these words to His mother and to John, the closest of His disciples, as He looked down on them from the cross. Jesus understood the void that the end of His earthly life would leave in each of theirs, and that they could each help fill that void for the other. Jesus loved them so much that even in the midst of His most trying hour, He saw the needs of His loved ones and did something about it.

Thereafter, John cared for Mary as his own mother, and Mary loved John as her own son.

One Christmas some friends and I did a program at a center for the handicapped that is run by the Missionaries of Charity, the Catholic order that Mother Teresa founded. I noticed a large banner on the wall that read “I thirst,” and I asked why they had chosen these two last words of Jesus.

“That cry of Christ has become our rallying cry,” one of the sisters explained. “Shortly before she passed on to her heavenly reward, Mother Teresa said, ‘His thirst is without end. He, the Creator of all, pleads for the love of His creation. He thirsts for our love. These words, “I thirst,” do they not echo in our souls?’”

Did Jesus doubt God’s love as He died? Had God forsaken Him? These words always troubled me until I read the following explanation:

“What caused Jesus the greatest agony on the cross was not our sins, because He knew that we were going to be forgiven and saved. What broke His heart was thinking that His Father had turned His back on Him. Jesus went through an experience that, thank God, we will never have to go through—not just crucifixion, not just the agony of the body, but the agony of mind and spirit, feeling that God had actually deserted Him. ‘My God, My God,’ He cried out, ‘why have You forsaken Me?’ (Matthew 27:46). Had God forsaken Him? Yes, momentarily, that He might die the death of a sinner, without God.

“Jesus took upon Himself the sins of the whole world on the cross, and these sins temporarily separated Him from His Father. He voluntarily gave Himself to die in our place—He loves us that much!” (1Peter 2:24).

Love for you and me

What was it that He finished? On the same evening that Jesus hung on the cross, the Passover lamb was being sacrificed. Like the blood of the lamb saved the Hebrew people from destruction in Egypt, Jesus’ blood—the ultimate Passover sacrifice—redeems us from the power of sin and death.

When He died on the cross His work was done, and our salvation was won.

Jesus, help us to trust our lives to You and live to please You, like You trusted Your life to the Father and lived to please Him. Then what a day of rejoicing that will be when we see You face to face and enter into our heavenly reward—eternal life and love with You and the Father.