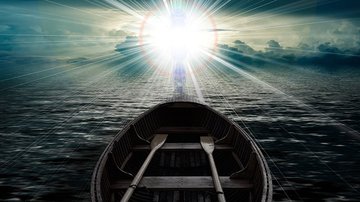 “Who saved us and called us to a holy calling, not because of our works but because of his own purpose and grace, which he gave us in Christ Jesus before the ages began.”—2 Timothy 1:91

A disciple is defined as a “follower of Jesus,” “a learner,” “one who follows in the master’s footsteps,” “an adherent,” “someone who is aiming to be like Jesus.” Disciples seek to learn, study, and then follow and apply what their teacher tells them. We are students of Jesus—our Master. We seek to not only learn about His life on earth, the truths of God’s Word, and His nature and character, but we seek to follow His example and to live as He taught us to live, to love as He loved, and to live a life of faith.

Discipleship goes beyond simply accepting the teachings and believing them; it is essentially a choice to become active in practicing and preaching the teachings. Disciples add action to their beliefs; they are “doers of the word, and not only hearers.”2 A disciple actively applies the teachings in his or her own life and assists in some manner, in some way, in spreading the good news of salvation—the message of Jesus. Discipleship is, quite literally, a commitment to pattern our lives, attitudes, and actions in accordance with the teachings and example of Jesus; in short, to be like Him. And that’s a tall order, since Jesus lived the ultimate life of love, mercy, compassion, sacrifice, truth, and integrity, of any man or woman who has ever walked the earth.

One of Jesus’ most life-changing calls was given in just two words: “Follow Me.” And when He said that, He in fact meant for us to shape our lives, thoughts, habits, and actions after His. As fallible human beings, we aren’t capable of rising to this challenge, but as we surrender to God and draw on the power of the Holy Spirit, we can “be conformed to the likeness of Christ.”3

Discipleship signifies an active relationship between Jesus and His followers. Discipleship is centered on love for Jesus and having a personal relationship with Him. It also hinges on faith in His Word. It requires dedication and commitment. It entails openness and obedience to the conviction of the Spirit.

Being a disciple of Jesus is a challenge. Jesus made it clear that following Him would involve sacrifice, forsakings, putting His will above our own, loving others with His love, and sharing His teachings with others, even being willing to “lose our lives for His sake.”

Discipleship is not an isolated, once-in-a-lifetime happening. It’s a spiritual journey, a faith journey. It involves daily choices and actions to abide in Jesus, and to let Him abide in us, to be led, fed, and cleansed by His Word, to operate under the influence of the Holy Spirit and God’s love, to seek Him, to yield to His will for our lives, to obey Him to the best of our ability, to testify of His love through our words and actions, to bear fruit that glorifies Him.

The idea of discipleship is that we commit ourselves to taking on Christ’s yoke. Taking on the yoke of discipleship means that we submit to Jesus. We join together with Him and put ourselves under His leading. We trust His guidance, and we obey His commands. We work alongside Jesus in all aspects of our lives.

Answering the call of discipleship is a personal choice, a personal commitment. Discipleship is a journey. What Jesus asks of His followers, the vision He gives them, the specifics of His call to them, are tailored to the individual disciple. Whatever conviction the Lord places on your heart, however He calls you to apply His Word, the gift of your discipleship is precious. When Jesus called the twelve, He issued a call to leave everything behind and to devote their lives to following Him. As the early disciples witnessed, the church grew and encompassed people from all walks of life, all of whom were disciples, though not all were called to follow Jesus in the same way. Many were called to continue in their jobs and professions, to use those for His glory, to reach people in all spheres of life, even in the very heart of the seemingly impenetrable Roman Empire.

Some people are called to “immediately leave their nets and follow Him,” or to “sell all that they have and give to the poor.”4 He calls some people to be missionaries in foreign lands, others to be missionaries in their community or home country, others to be “laptop missionaries” via online witnessing ministries. The lives of disciples who forsook the life and career they had in order to follow Jesus are exemplified in the Bible. But there are also mentions of other followers of Jesus who did their part to serve the Lord and further the gospel being preached.

God wants everything—your heart, your life, your career, and your personal pursuit—to glorify Him, to lift up Jesus, to serve as a light on a hill shining to light the way for others, whatever your profession or career may be.

Discovering how God wants you to live your discipleship, how He wants you to be the light of the world and the salt of the earth that He has called us to be, is part of your personal spiritual journey.5 You are a unique individual and God has plans for you that are unique to you and your circumstances, your talents, and your abilities. What He asks is that you commit these to Him and use them to glorify Him and to make the world a better place, to be part of the answer to the Lord’s prayer, “Thy kingdom come,” by doing what He asks you to do to follow Him and be a part of the world-changing force He has called His followers to be.

As Christians and disciples, a vital element of following and living like our Master is to share the gospel with others. We are meant to be both “salt of the earth” and “light of the world,” and we do that through our witness, which is most often seen by others as we go about our daily lives. Others take note of the love and kindness we show, how we interact with strangers, what kind of neighbors we are, how we participate in our local communities, how we parent our children and care for our families, how we give assistance and encouragement to those in need. Our actions speak loudly, and most of all, they pave the way for our verbal witness, when we speak to others about Jesus and salvation.

Billy Graham said, “This invitation to discipleship is the most thrilling cause we could ever imagine. Think of it: The God of the universe invites us to become His partners in reclaiming the world for Him! We can each have a part, using the unique gifts and opportunities God has given us.”6

What a great privilege to partner with God in reclaiming the world for Him. In the Gospel of John, Jesus said to His disciples: “As the Father has sent me, even so I am sending you.”7

Jesus sent His disciples out with the same commission that He had received from the Father. We who are following in Jesus’ footsteps will proclaim good tidings to the poor and let the captives know that liberty has come! We will heal the brokenhearted and comfort those who mourn. His mission becomes our mission.

So what does discipleship mean in the context of today’s world? A disciple is someone who follows hard after God, following His will as expressed in the Bible and seeking His specific will for their life, their career, their family, and their personal pursuits. It means living your life according to His teachings.