At the Heart of Discipleship 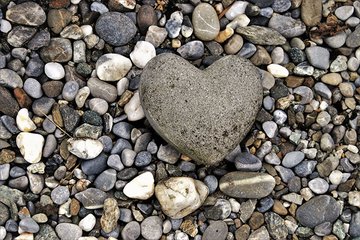 I’ve been meditating recently on what it means to be a disciple of Jesus. A disciple is defined as a follower of the teachings of another; someone who accepts those teachings and tries to act according to them, and who assists in spreading them. So a disciple of Jesus is a person who accepts and follows His teachings, meaning that person is an active adherent, applying the teachings to his life; and he assists in some manner in the spreading of the good news of salvation—the message of Jesus.

Believers accept Jesus’ teachings as true; they believe in Him, believe that He is their Savior, and they are saved. Jesus made it clear that belief in Him is sufficient for salvation when He said in John 3:16 that “whoever believes in Him should not perish but have everlasting life.” It’s a wonderful thing to be a believer! It brings with it everlasting life, eternity with God.

Walking the path of discipleship means that someone makes the choice to add action to belief. It’s going beyond the acceptance of the teachings and involves choosing to follow the teachings, to apply them in daily living. That path leads to becoming active in spreading the teachings. The word disciple comes from the Greek word mathetes (pronounced ma-tay-teis), meaning a learner. In the New Testament the word disciple is only used in the Gospels and the book of Acts. It’s a word that shows the contrast between the teacher and the learner. It also implies that the learner is an adherent of the teachings of the teacher, that he accepts the teachings not only in belief but in life, by applying and following them.

Each instance of one person introducing Jesus into the life of another, who in turn reaches someone else, is a microcosm of the history of Christianity. Christianity continues because disciples assist in spreading the teachings of Jesus. The spiritual lineage or genealogy is carried on from person to person, generation to generation, because of those who believe, follow, and spread the teaching.

Every Christian is a distant spiritual relative of the first Christians, of those who knew Jesus, who were the first to preach the good news. They preached the gospel, they taught others, they grounded them in the faith, and then the process was repeated over and over again, century after century. Christianity exists today because those throughout history have done what Jesus taught the first disciples to do—to preach the gospel and make disciples. So the presence of disciples in the world is vital to Christianity’s continuation. Faithful witnesses can never fully know the fruit they may bear years, even generations, into the future.

A disciple is someone, famous or not, flamboyant or not, known or unknown, who believes the teachings of Jesus and strives to put them into practice in his or her life, which includes spreading and teaching the gospel in some manner. Disciples are incredibly important, as it’s through them that other people are introduced to Jesus and salvation. It’s through them that Christianity grows, that the gospel is preached in all the earth.

The path of discipleship

In principle, to renounce your possessions, to give them up, to forsake them, all have to do with the question of priorities. What comes first, God or your things? As a disciple, one who is committed to loving God with all your heart, soul, and mind, the priority is God. Not your stuff, not your house, your money, your investments, but God.

Jesus isn’t recorded as asking everyone who wanted to follow Him to physically leave all of their worldly possessions. Joseph of Arimathea was both rich and a disciple. From his being called a disciple, one can conclude that he placed the right priority on his material goods in relation to God. It was this Joseph who supplied Jesus’ tomb, and who also used his position and influence to ask Pilate to release the body to him for burial.

On the other hand, the call He gave the rich young ruler was different:

“One thing you still lack. Sell all that you have and distribute to the poor, and you will have treasure in heaven; and come, follow Me.” But when he heard these things, he became very sad, for he was extremely rich. Jesus, seeing that he had become sad, said, “How difficult it is for those who have wealth to enter the kingdom of God!”2

Why? Because often when a person has wealth, it’s harder to prioritize it in relation to God, especially if He does ask you to give it up completely, or to share your wealth with others. The rich young ruler couldn’t let his wealth go and he was saddened by that realization. His possessions were his priority.

Forsaking, renouncing, giving up, all have to do with relinquishing the claim of ownership of material goods to God; they become His, and you are simply the steward. If He asks you to leave them behind as you walk on the path of discipleship, you do so, because God is the rightful owner of all things. A disciple’s allegiance is to God, not to things. A disciple’s allegiance is to the call God gives him or her.

When Jesus says “Follow Me,” He’s speaking to you personally. The path He calls you to follow is your path of discipleship. It’s an individual path, and each follower of Jesus has a distinct path. With the rich young ruler, the path Jesus asked him to take was to sell all that He had. Someone else’s path would be to keep the material possessions and follow God’s lead in a different manner. The principle is that the disciple belongs to God, his first allegiance is to God, and he loves God enough to do what God asks of him.

A principle of discipleship is loving God in a manner that makes you willing to follow what He shows you, no matter how steep the cost. The cost may be different with different individuals. So when Jesus said, “Whoever does not bear his own cross and come after Me cannot be My disciple,”3 He’s talking about your own cross, your individual cross that you must carry. The call He gives you is yours, and your willingness to carry it is reflected in your readiness to give your first allegiance to God and His call for you. When He says to you, “Follow Me,” He’s asking you to put yourself into His hands, to make Him your first priority, to give up ownership of yourself, to put yourself in the rightful place in relation to God, the sovereign of all. Jesus stated the proper priority when He said:

Understanding the principle of loving God, keeping His word, and the positional relationship that God deserves in relation to the loves of this life, and the possessions we have, provides a guiding principle which can help you in the life decisions you are regularly faced with. The basic principle being that God—our Creator, our Savior, and the Spirit that dwells within us—asks for and deserves our love and the proper allegiance and place in our lives. This is the starting place of discipleship. It’s in loving Him that we take the first step of discipleship.