Shining the Light of the Gospel in a Dark World 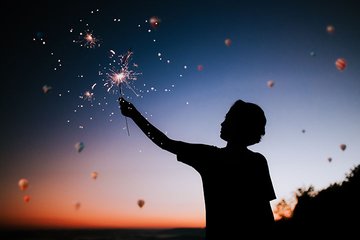 When I read the headlines or encounter some of the ways in which these realities are depicted in film, television, novels, and other artistic media, I wonder … how to make a difference in the kind of world most would be terrified to enter. Is there any hope for redemption, transformation, and justice that goes beyond simply punishment? As a Christian, I wonder what difference the good news of Jesus can make in a world of drug lords, traffickers, and violence.

In the face of these kinds of questions, I learned about the work of the artist Pedro Reyes. His musical project titled “Disarm” transformed 6,700 guns that were turned in or seized by the army and police into musical instruments. The guns came from Ciudad Juarez, a city of about 1.3 million people that averaged about 10 killings a day at the height of its drug violence. In 2010, Ciudad Juarez had a murder rate of about 230 per 100,000 inhabitants.

Reyes remarked of the guns he used that this is “just the tip of the iceberg of all the weapons that are seized every day and that the army has to destroy.” But rather than succumb to the despair, Reyes took the very instruments used for violence and created instruments for music

Reyes was already known for a 2008 project called “Palas por Pistolas,” or “Pistols to Shovels,” in which he melted down 1,527 weapons to make the same number of shovels to plant the same number of trees. Reyes stresses that his work “is not just a protest, but a proposal.” His proposal is to take objects of destruction and transform them into objects of creation. It is not by accident that Reyes’s creative work hearkens back to the ancient vision of the prophet Isaiah when on the great day of the Lord “they will hammer their swords into plowshares.” … So instead of objects of destruction, they become objects of creation. Art, for Reyes, is about transformation; about shining light into the darkness.

Could God take the chaos and destruction we often see in our world and transform it with our deceptively simple, seemingly small acts of creative engagement? For those who follow Jesus, that kind of engagement with the destructive forces of the world gives witness to the reality of Jesus Christ, the Creator of life, light, goodness, and love. For the light shines in the darkness, and the darkness does not overcome it.—Margaret Manning Shull

Whenever I visit a college or university to give a presentation, I make an effort to talk with students in the local Christian groups that are active on campus. These students often discuss the apathy that seems to permeate the Christian culture in universities across America. Don’t get me wrong, there are many significant Christian clubs and organizations on campuses across America, but it’s clear from talking to the students I meet that few Christians seem to be willing to reach out and share what they believe with non-Christians on the campus. Some Christian groups are internally active, if not externally focused. Most young Christians would rather hang out with fellow Christians in a safe environment than actively evangelize the campus for Christ…

I sometimes ask Christian students if they would be willing to follow me into the streets of the nearest big city to try to convince people that chocolate chip cookies are the best cookies in the world. Unsurprisingly, students aren’t usually excited about going. When asked, they quickly admit that it seems pointless to try to convince people of something as subjective as a personal opinion about cookies. They recognize that cookie preference is a matter of subjective opinion rather than objective truth, and none of them are typically willing to go out of their way to argue for an opinion.

I then ask students if they would be willing to follow me into a region of the city that is suffering from a tuberculosis outbreak to convince those infected with TB to take the one known cure, Isoniazid. All the students I ask find this to be a worthy effort; they are willing to help for a cause such as this. They recognize the difference between the cookie and the cure. … When we are objectively convinced that a particular treatment is the exclusive cure for what is ailing us, we ignore our preferences and act quickly to save ourselves and share the truth with others.

There is a relationship between our categorization of Christian claims and our desire to share them with the world around us. Some of us hesitate to share the gospel because (whether we care to admit it or not) we’ve come to see religious truth as a matter of subjective opinion rather than objective truth. We treat the gospel more as a cookie than a cure. That’s why I think it’s important to help … Christians understand how the evidence supports the claims of the New Testament authors. As [they] grow in their confidence, their view of Christianity subtly shifts from opinion to objective conviction. When that happens, they are far more likely to share the gospel with others, courageously defend what they believe, and boldly represent Christ in our culture.—J. Warner Wallace1

Jesus made it quite clear that all Christians are ordained to preach the gospel when He said in John 15:16, “Ye have not chosen Me, but I have chosen you, and ordained you, that ye should go and bring forth fruit.”

Therefore, it is not just a nice thing to do when we feel like it or can find the time, but it is the God-given job and responsibility of all His children, as Paul expressed. “For though I preach the gospel, I have nothing to glory of: for necessity is laid upon me: yea, woe is unto me if I preach not the gospel.”2

Regardless of nationality, country, color, or creed, the heart of man is the same the world over, and his heartaches and sorrows and sins and pains and fear of death are the same. His longings, loves, and hunger for God and His truth, for joy and happiness and peace of mind, are God-created, and the same in men the world over. There are never enough of God’s people who are willing to show them His love. As Jesus himself said, “The harvest truly is plenteous, but the laborers are few. Therefore,” He commanded, “pray ye the Lord of the harvest, that He will send forth laborers into His harvest.”3—His vast harvest of multitudes of cold, hungry people, wandering around in darkness without God.—David Brandt Berg