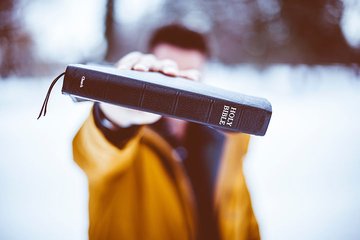 Some of Jesus’ last words before ascending into heaven were the mission statement for His disciples: “Go into all the world and preach the gospel to all creation.”1

Forty-three days earlier He had died on the cross, and after three days He had risen from the dead. The purpose of it all was so that humankind could have the opportunity to be forgiven for their sins, to be reconciled to God, and to have everlasting life. Jesus had fulfilled His mission on earth. His death and resurrection had made salvation possible. He had made it possible for us to live eternally with Him.

During the last years of His life, He had enacted a two-fold strategy: to preach the message of the kingdom and salvation, and to find a core group of people who would embrace His teachings and assist in spreading His message to others—in making disciples. Once He had imparted to His disciples all that was needed, He could leave and the Holy Spirit would then come and empower His disciples to take the message to all the world.

Jesus’ years of public ministry were spent preaching, teaching, and training. Sometime after having been baptized by John the Baptist in the River Jordan, and after having fasted 40 days and 40 nights, Jesus went to live in Capernaum in the area of Galilee. From that point on He began, as Mark’s Gospel says, “proclaiming the gospel of God, and saying, ‘The time is fulfilled, and the kingdom of God is at hand; repent and believe in the gospel.’”2

Jesus made it clear that His preaching the gospel was one of the reasons He was on earth, when He said: “I must preach the good news of the kingdom of God to the other towns as well; for I was sent for this purpose.”3

After His death and resurrection, Jesus said to them: “As the Father has sent Me, even so I am sending you.”5 And right before ascending into heaven, He declared: “You will receive power when the Holy Spirit has come upon you, and you will be My witnesses in Jerusalem and in all Judea and Samaria, and to the end of the earth.”6 Within days the Holy Spirit fell and the early disciples were powerfully preaching the gospel in Jerusalem, and in time throughout Israel, outside of Israel, and in all the world.

It’s through preaching the gospel that Christianity spreads. It’s through witnessing that the gift of salvation that Jesus died to bring is given to others. If the first disciples hadn’t preached the gospel and taught others to do the same, then the gospel would have ceased to be known. God has given us something so great, so eternally life changing, it’s our responsibility, as disciples, to share it with others, to give them the same opportunity.

Part of preaching the gospel is living your life in such a manner that people see the light of God in you—the concern you have, the joy, the integrity, the manifestation of God and His love in you, His Spirit dwelling within you. You have the light of life—Jesus—within you, and if you live your faith, then your life will be seen as light-giving. Then when people see you and what you do, they will see and feel the Spirit of God.

We are asked by the Lord to live in a manner that communicates Him to others, not only in words, but in deeds and truth. Words are important, of course, as through your words you will explain salvation and tell about Jesus’ love; but your deeds, your good works, your example, the love and kindness you show people, your concern for them, all of this will show that the words you speak about Jesus are true, because those you are speaking with will feel Him emanating from you.

Disciples are called to be prepared to witness, pray for, and minister to whoever God brings across their path. 2 Timothy 4:2 expresses this concept quite well with the words “preach the word; be ready in season and out of season.” The phrase “in season and out of season” is translated in some Bible versions as persist in it whether convenient or not; keep at it in opportune times and in untimely situations; be persistent whether the time is favorable or unfavorable. There’s no telling when you will cross paths with someone who needs God’s message, and when you do, as a disciple, you should be ready to share God’s truth with them.

Jesus was ready to meet the need no matter what the circumstances. He was faced with a multitude of different situations in which He needed to take action immediately—to witness, to love, to win, to heal, to forgive, to do a miracle. He rose to the occasion in every instance.

Some examples of this are the woman of Samaria,7 the wedding at Cana,8 the woman caught in adultery,9 the rich young ruler,10 Zacchaeus,11 Pilate,12 and the thief on the cross.13  Jesus was ready in season and out. He was there for whoever the Father brought across His path.

Jesus reached out to those He was aiming to help—the sinners who needed salvation. Those He met and ate with were not always those considered righteous or the folks who were “living right.” He was willing to minister to those whom others rejected—the hated tax collectors, the sinners, the unclean and unworthy. He was criticized when He connected with those who were on the margins of society, but He made it clear how important every soul is, no matter what their circumstances.

Every person is valuable to God. He wants everyone to receive salvation, and He rejoices when they do. God is no respecter of persons. Everyone, no matter what their status, is a sinner before Him and in need of His love and redemption. A Christian’s job is to preach the gospel to everyone, especially to those whom He brings across our paths.

Being prepared to share the gospel with the people in your path means not limiting those you witness to, or teach, or disciple, to only those whom you may be accustomed to or comfortable with. Reaching the economically lower, middle and upper strata of society is important to the Lord. He can make a disciple out of anyone who has a changed heart, learns to love Him, and wants to serve Him. Whoever God brings across your path, whoever He calls you to reach, is who you should witness and minister to. Be instant in season and out of season.

Preaching was something Jesus taught His disciples to do, and it was the commission, the mission statement, that He left them with. Disciples today have the same commission. We are to let our light shine, and minister to those God brings across our path.