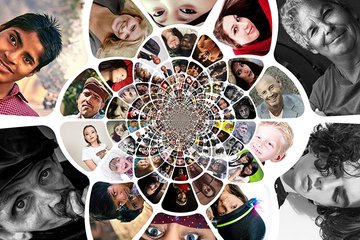 Does a Christian worldview allow for passing general moral judgments on groups of people? Can we label a certain group of people or nation as evil or anti-God, encompassing everyone of that nation or culture?

In the case of catastrophic events, such as natural disasters, would it be possible to pronounce a blanket judgment that applies to every individual who suffered calamity in these countries?

What about the age-old questions of why suffering, and why does God allow hurt and pain and misery in the world? Should these questions be answered within a judgment context?

Pronouncing strong judgments on people was a very minor feature of Jesus’ message. Jesus offered love and mercy, which He told the religionists they had lost in their pursuit of the law.1 He told the people to love their enemies, to bless them that cursed them, and to do good to them that hated them.2 He said to “judge not, that ye be not judged.”3 He taught that He had “not come to destroy men’s lives, but to save them.”4

Let’s take a look at recorded instances where Jesus was asked questions or was faced with situations that involved passing judgment on people, to see how He responded.

As the time approached for Him to be taken up to heaven, Jesus resolutely set out for Jerusalem. And He sent messengers on ahead, who went into a Samaritan village to get things ready for Him; but the people there did not welcome Him, because He was heading for Jerusalem. When the disciples James and John saw this, they asked, “Lord, do You want us to call fire down from heaven to destroy them?” But Jesus turned and rebuked them, and He said, “You do not know what kind of spirit you are of, for the Son of Man did not come to destroy men’s lives, but to save them.”6

Jesus said that He had not come to judge the world but to save it.7 Only God can pass judgment on nations, and only God knows why certain events happen to people in one country and not to those in another. Paul said that the judgments of God are “unsearchable, and His ways past finding out! For who has known the mind of the Lord? Or who has become His counselor?”8

It’s not our job or calling as Christians to try to apportion blame and sin, and to determine whether the sufferings of a people are because of x or y sin. It’s not our place to pass such sweeping judgments on people, as each person stands before God as an individual. God takes people where they’re at and works in their hearts and lives accordingly. Each person will stand before God, either at the Great White Throne judgment or before the Judgment Seat of Christ, if they’re saved.9

What we do know is that God is love, and He’s not willing that any should perish. He loves every single man, woman, and child, no matter who they are, where they live, what color their skin is, what their ancestors did or didn’t do, and what they believe or don’t believe. He still loves them, even if their lives are consumed with sin or they live in spiritual darkness. That’s what makes Christianity so beautiful—God’s love compels us to love everyone and to share His truth and love with as many people as we can.

God looks at the individual. Each person is a unique individual, created in His image, and He loves each one as if they were the only one. Each person is someone Jesus died to save. He loves and cares for all people—even those who don’t know Him or haven’t received Him, or have rejected Him.

He doesn’t hold every person in a nation accountable for the evils and ills of the nation. A nation may be accountable for the wars it perpetrates or for its foreign policies or mistreatment of minorities within its borders but when you break that down into individuals, every person can’t be held responsible for the decisions that their government and powerful lobby groups and politicians make. Realistically, many people don’t agree with the policies of their government or aren’t very knowledgeable of the government’s activities or are not politically empowered to resist policies they don’t agree with. There are many different individuals, with vastly different perspectives.

Everywhere on the planet there are people in need of Jesus and His love, people who are lonely, lost, unhappy, and searching for answers. While the governments of their countries may be misguided, morally bankrupt, corrupt, or evil in some cases, that doesn’t mean that the people are guilty of this collectively. It would be unfair to categorize every citizen of a country by their government or the powers that be.

No matter who we come in contact with, whether or not they are interested in Jesus, everyone deserves to feel a touch of Jesus’ love and Spirit. Not just because of who they are—fellow men and women, part of the world that God loved so much that He sent His Son to die for them—but also because of who we are as Christians—ambassadors of God’s kingdom, Jesus’ disciples who are meant to be known for our love.

Our core purpose is to bring the Good News of salvation and God’s love to as many people as we can, while living that love and giving it to others.