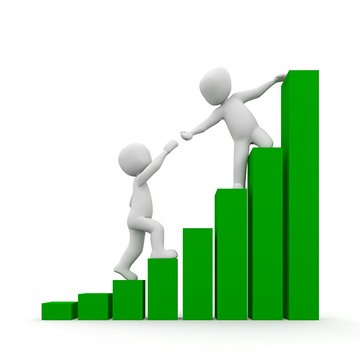 (This article is based on points taken from The Practice of Godliness, by Jerry Bridges.1)

A key factor in becoming like Jesus is developing godly character. Every individual has character, which is defined as the qualities that make up who someone is; and it’s reflected in how they feel, think, and behave. Character is the combination of attributes that determine a person’s moral and ethical actions and reactions. Most people naturally have some good and bad character traits. Some people, regardless of their religious faith, or lack of it, have good character and strong morals. We’ve each developed our character throughout our lifetime.

Before we jump into the topic, a few points merit clarifying. The first is that no Christian is perfect; we all make mistakes, we all sin, and none of us has complete Christlikeness, nor will we attain it in this life. Our goal is to allow the Holy Spirit to work within us, to change our thoughts, goals, desires, our whole lives, to be more Christlike. Secondly, developing godly character can’t be achieved by “keeping rules” out of a sense of duty, or feeling that if we robotically do all the right things, we will be living in a Christlike manner. While there are specific things to do and rules to keep, it’s not the rote keeping of them that develops godliness; rather it’s doing them in response to our love for God, who dwells within us. The actions which reflect godliness come from within us, from the transformation which is rooted in our entering a relationship with God, our becoming new creations.2 It’s by the work of the Holy Spirit that our character is transformed.

Of course, there is some work which needs to be done for us to grow in Christlikeness. There are moral decisions we individually need to make on a regular basis, along with specific efforts to undertake, and spiritual transformation needed to bring our lives, thoughts, and actions into alignment with the teachings of Scripture. But all of this must be seen within the framework of God’s grace. We have a part to play as well, but the actual transformation comes through the Holy Spirit. Christian character is rooted in our belief about who God is—that He has spoken to us through His Word, that we are in relationship with Him, have dedicated ourselves to Him, and therefore desire to actively live our lives according to what He has revealed in the Bible.

Christian character is rooted in our belief about who God is—that He has spoken to us through His Word, that we are in relationship with Him, have dedicated ourselves to Him, and therefore desire to actively live our lives according to what He has revealed in the Bible.

Christian character calls for making conscious choices to allow the Holy Spirit to transform your character. It entails making right moral decisions over and over until doing the right thing, the godly thing, becomes second nature, part of who you are as a person. Having formed spiritual character day by day, year by year, when you are suddenly faced with a major moral challenge, you are able to overcome it because you have trained yourself in godliness or Christlikeness. In a sense you have built moral muscles; you’ve rewired your brain, or your soul, to respond in ways that glorify God. You develop certain attributes which reflect Christ, such as forgiveness, generosity, humility, gratitude, and as you regularly choose to forgive, be generous, humble, and grateful, these qualities soon become part of who you are through and through. That’s the process of developing godly character.

Throughout Scripture we find what are seen as Christian characteristics, most notably in the list of the fruit of the Spirit: the fruit of the Spirit is love, joy, peace, patience, kindness, goodness, faithfulness, gentleness, self-control; against such things there is no law.3 But they are not limited to these alone, as there are numerous other traits spoken of throughout Scripture. We’re told to have compassionate hearts, kindness, humility, meekness, gentleness, patience, and forgiveness;4 to think on whatever is pure, lovely, commendable, admirable, excellent, and worthy of praise;5 to help the weak, as it’s more blessed to give than receive;6 to do to others as we’d have them do to us;7 to pursue righteousness, godliness, faith, love, perseverance, gentleness;8 to honor our word;9 to be temperate, dignified, sensible, kind, to have integrity;10 to live honestly, speak the truth, and keep our promises even when it hurts;11 to set an example in speech, conduct, love, faith, and purity;12 to be quick to listen, slow to speak, and slow to become angry;13 to love from a pure heart, a good conscience, and a sincere faith;14 to be hospitable, loving what is good, sensible, just, holy, and disciplined;15 to be generous and willing to share with others.16

Some or many of these things may not come naturally to us, and in fact at first we may almost have to force ourselves to adopt them. The purpose is to develop a Christlike character, and as the apostle Paul said, in order to do this we need to put off the old self with its practices and … put on the new self, which is being renewed in knowledge after the image of its creator.17 Christlikeness calls for deliberate change.

We have to choose to “put to death” and “put away” sins which have become habitual. Breaking bad habits and replacing them with good ones is no easy task, and neither is replacing sinful attitudes, conduct, and actions with good ones. There are some habits of mind, body, imagination, speech, and more which we need to unlearn in order to make way for new habits which need to be learned.

It’s important to note that Christlikeness calls for both putting off and putting on character traits. Often, believers focus on putting off traits of a sinful nature. We see stopping our sin as the goal, believing that we will be closer to the Lord, better people, more godly if we overcome this or that sin. While this is true, fighting against our sinful nature is only part of the battle. We are instructed to be renewed in the spirit of your minds, and to put on the new self, created after the likeness of God in true righteousness and holiness.18 We must develop godly characteristics in addition to putting off ungodly ones. Just as we are called to put off the traits of our old selves, we are called to put on the traits of the new.

The challenge is consciously putting off sin and putting on godliness, making it possible for God’s Spirit to move us toward Christlikeness.

Let us lay aside every weight, and the sin which doth so easily beset us, and let us run with patience the race that is set before us…19 At one time you were darkness, but now you are light in the Lord. Walk as children of light.20