The Unchangeable Nature of God 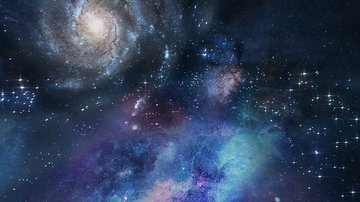 The universe and all that is in it changes. There is transition, movement from one state to the next. People, for example, age; and as they do, they change. They grow or diminish in size, as well as intellectually and emotionally. Someone can also change morally, going from being a bad person to being a good one, or vice versa. Someone can study and practice a skill, and in the course of doing so, learn and eventually become proficient in what they have studied. These are all examples of change, which is part of life within creation.

However, God transcends creation. He doesn’t change. If He did, He would become either better or worse. He’d either grow in His intelligence and knowledge or diminish in it. He’d become more loving or less loving, more holy or less holy. But as God, He is infinite in all of these things. He therefore doesn’t improve or deteriorate in them. If He did, He wouldn’t be God.

All of creation is “becoming”—it’s becoming something different than what it presently is. God, in contrast to this, is “being.” He is. Always. He doesn’t change.1

God’s character, His attributes or perfections, don’t change. He is always good, loving, just, righteous, holy, all-knowing, all-powerful, etc. There is never any varying in these things. He is constant.

If God’s character varied, then we couldn’t be certain that the God we know to be good and loving would remain that way. If God was subject to change, then at some point He could start thinking that sin isn’t so bad after all; He could eventually degenerate to the point where He would begin to do evil things Himself, and even eventually become an all-powerful evil being. But His character and attributes do not and cannot change. They are constant; there is no variation.

God doesn’t change in His purpose, His will, and His plan. Once He has decided that He will bring something about, He does it. His plan of salvation is something that He determined before the foundations of the world, and He carried out His plan as promised. Prophecies, predictions, and judgments throughout the Old Testament were fulfilled. His purposes of saving people through Jesus, of Jesus’ return, of eternal life for believers, of judgment, of heaven, don’t change; they remain firm.2

God doesn’t change in regard to His Word and His promises. If He stopped honoring His promises, if He acted contrary to His Word, then He couldn’t be trusted. The promise of salvation, of eternal life, and His willingness to answer prayer, would all be in question. If God could change, then these bedrock foundations of our faith could change. But His promises and Word remain forever. “Your Word, O Lord, is eternal; it stands firm in the heavens.”3

Does God change His mind?

When God’s unchangeableness is presented, the question often arises about the times God seems to have changed His mind, such as when God told Jonah to go to Nineveh to announce that in forty days the city would be destroyed.4 Another example was when He gave the ailing king Hezekiah fifteen more years of life, after having told him he was going to die.5

When considering these examples where it looks as if God changed His mind, we must remember that God is a personal being who interacts with humanity. Within this interaction, God responds to man’s choices and decisions. When someone is doing evil, God is displeased with that person’s actions, but if the person repents and changes, then God’s relationship with that person changes. His overall love for the person never changes, but there is a response from God depending on the choices made by the person or people. In the case of Nineveh, because they were wicked, God’s response was that He rightly was going to destroy them. He told Jonah to tell them so. When Jonah did, the people repented, and God’s response to their repentance was mercy.

With Hezekiah, God declared he was going to die, yet when Hezekiah prayed and wept, God responded to his prayer and healed him.

In these cases, God was responding in mercy and love to changes made and prayers prayed by the people involved. In neither example did God change His character or nature, nor His overall purpose and plan. God didn’t change, but the people changed, and God responded in accordance with His divine nature.

Author and theologian Wayne Grudem explains it this way:

These instances should all be understood as true expressions of God’s present attitude or intention with respect to the situation as it exists at that moment. If the situation changes, then of course God’s attitude or expression of intention will also change. This is just saying that God responds differently to different situations. The example of Jonah preaching to Nineveh is helpful here. God sees the wickedness of Nineveh and sends Jonah to proclaim, “Yet forty days, and Nineveh shall be overthrown!” The possibility that God would withhold judgment if the people repented is not explicitly mentioned in Jonah’s proclamation as recorded in Scripture, but it is of course implicit in that warning: the purpose for proclaiming a warning is to bring about repentance. Once the people repented, the situation was different, and God responded differently to that changed situation.6

Another factor to keep in mind regarding the scenarios above is that the Bible uses anthropomorphic descriptions of God, such as the mention of God having “relented” in the story of Jonah. These are best understood as descriptive language within human comprehension.

On this matter of anthropomorphic language, William Lane Craig says:

It’s vital that we understand the literary genre, or type, of most of these biblical stories. The Bible is in the form of narratives—they’re stories about God told from the human point of view. So a good storyteller will tell his story with all of the vivacity and color that he wants, to enhance his narratives. And so you’ll find stories in the Bible about God told from a human perspective, where God not only lacks knowledge of the future, but even lacks knowledge of what is going on presently. God comes down to Abraham and says, “I’ve heard the outcry in Sodom and Gomorrah. I’m going to go see if what I’ve heard is really happening there.”7 Well, that would deny not only God’s foreknowledge but His knowledge of the present. And there are other passages where God is spoken of in other anthropomorphic terms as having nostrils and eyes, arms and other sorts of bodily parts, wings, and if you take all these literally, God would be a fire-breathing monster. These are anthropomorphisms. They are literary devices that are part of the storyteller’s art and shouldn’t be read like a philosophy of religion or systematic theology textbook.8

In each of these situations, God didn’t change in His nature, character, purpose, or promises. In fact, He was constant in all of these by being just, loving, righteous, and personal, and acting within His overall purpose.

God’s immutability—His constancy and unchangeableness—is central to our faith in Him. If He was inconsistent, if His nature or character was regularly changing, if He improved or deteriorated, then we couldn’t trust Him. We couldn’t trust His Word or His promises.

But God doesn’t change in His Being, nature, character, purposes, promises or plan. He can be counted on, for He is faithful and true. He is the rock that we can build on, the one we can trust in this ever-changing world, because He is the unchangeable God.