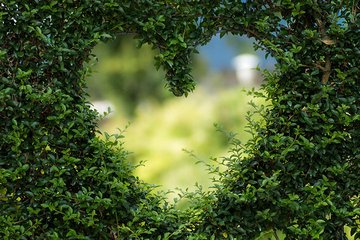 When we read what the Bible says about the Father, Son, and Holy Ghost—the Trinity—it becomes evident that God is more than just energy or a force. Rather than having created the universe and turned away from it, He has interaction with His creation. This is seen in the Bible, beginning with the Old Testament accounts and continuing throughout the New Testament; and most notably in Jesus, the second Person of the Trinity, taking human form and living on earth, followed by the Holy Spirit dwelling in believers forever, all of which show the continued interaction between God and His creation.1

God lives! While this means that He exists, it means much more than that. He interacts with humanity and especially with those who love and follow Him. The Bible says that He exists for His people, ready to come to their aid and to act in their defense and to bless them for His name’s sake.2

God is called “the living God” numerous times throughout both the Old and New Testaments. He is described as alive and interactive with His people. In the Psalms, David wrote, “My soul thirsts for God, for the living God. When shall I come and appear before God?”3 The book of Jeremiah declared, “The Lord is the true God; He is the living God and the everlasting King.”4 And when asked who Jesus was, “Simon Peter replied, ‘You are the Christ, the Son of the living God.’”5

In 2 Corinthians 3:3, the apostle Paul referred to the followers as being “a letter from Christ delivered by us, written not with ink but with the Spirit of the living God.” “The living God” is a term used to sharply contrast God to the idols that were commonly worshipped in ancient times. The Hebrew words used in reference to idols in the Old Testament are words which mean good for nothing, worthless, vain, devoid, or empty of substance. Idols are lifeless, mere images made by man, which stand in contrast to the living, interactive God.

When challenging the false prophets and their idols, the prophet Isaiah stated the difference between a living God who knows all things—past, present, and future—and the idols, which know nothing:

“Bring in your idols to tell us what is going to happen. Tell us what the former things were, so that we may consider them and know their final outcome. Or declare to us the things to come, tell us what the future holds, so we may know that you are gods. Do something, whether good or bad, so that we will be dismayed and filled with fear. But you are less than nothing and your works are utterly worthless; he who chooses you is detestable.”6

The living God—the Supreme Being who created the universe and all that is in it, including us—deserves our allegiance, worship, praise, and love, unlike lifeless, useless idols.

Though the personal and living God in three Persons—Father, Son, and Holy Spirit—have perfect fellowship among themselves according to their divine nature, God also enters into fellowship with His creation and shows them His love. We have no right to demand His attention, blessings, etc. In fact, had God not revealed Himself to humankind, we would not even know He exists. But He did reveal Himself, and not only that, He also entered into fellowship with those who believe in Him.

As sinners whose sin separates us from God, as creatures created by our Creator, there is nothing we can do to merit His love, His fellowship, His blessings; yet He has condescended to bestow these things upon us. This unmerited favor is known as His grace. He has chosen to freely give His favor and love to us, though we are unworthy of it, have no claim on it, and can in no way earn it. He gives it even though it’s unwarranted, even when it’s unwanted, and even when it is opposed. He has chosen to bestow His love upon us because He is, in nature and being, gracious. His grace is an undeserved gift from a loving and gracious God.

The psalmist expressed this grace throughout the psalms: “Gracious is the Lord, and righteous; our God is merciful”7; “The Lord is gracious and merciful, slow to anger and abounding in steadfast love.”8

The foremost example of God’s grace is salvation in Jesus. No one can earn or merit salvation. Because of sin we are destined for punishment, but through God’s love, through Jesus’ willingness to take on human form and to die for our sins, God has given us the gift of salvation. We are saved by grace. We don’t earn it and aren’t worthy of it; it’s given to us by the gracious God who loves us and gave His Son for the redemption of all. “For by grace you have been saved through faith. And this is not your own doing; it is the gift of God.”9

God’s nature and character is gracious, and He bestows grace as a gift to humankind. How wonderfully generous He is!

While God has revealed Himself to humankind through both general and special revelation, and it’s through His Word that we have come to understand His gift of salvation, as Christians we can build on our understanding of Him and His ways through the personal relationship we have with Him. The Holy Spirit dwells within us.10 We know Jesus, and thus we know the Father.11 Because we love Jesus, we are loved by the Father, and Jesus manifests Himself to us.12 While the Bible has revealed God to us, salvation has made us His children, which brings with it the opportunity to know Him personally.13

Some aspects of God’s nature, being, and character are things that we, as humans created in God’s image, have as well in a limited sense; others we don’t. For example, we can also be holy, merciful, and righteous, and we can be loving and kind—all things that God is. However, God is infinitely holy, merciful, and loving. He not only has these attributes, He is these attributes, without any limitations. Because we were created in His image, we can have a modicum of these qualities, but God has them immeasurably. Many theologians state that what God does, He is. He doesn’t just love; He is love. He isn’t just righteous; He is righteousness, wisdom, mercy, etc.

Even though we won’t ever be able to comprehend all there is to know about God, we can know things about Him that He has revealed to us. Some we know in general terms, through the world around us—His creation. Others we learn more specifically, through the primary vehicle by which He has revealed Himself to humankind—the Bible. Within its pages are things which God has told humanity about Himself, and what He has said about Himself is true. He hasn’t told us everything about Himself, though, so no one can fully understand all there is to know about Him. Much of what He has shown us is mysterious and thus difficult to fully comprehend.

Some things about God are mysterious, but what He has said through His creation and through His Word are in any case the things that He has revealed about Himself to humanity. These revelations tell us a great deal about Him, and what we learn through these causes us to love, praise, and trust Him.