The Humanity of Jesus 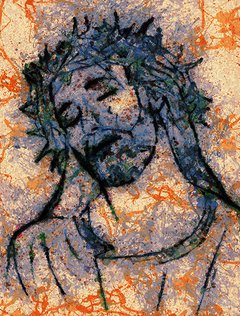 According to God’s plan of salvation, Jesus’ humanity is as important as His deity, because our salvation depends on Jesus being both fully God and fully man.

Because He is one of the persons of the Trinity—God the Son—salvation is possible. Only one who is God can bear the weight of the sins of the world. Only one who is eternally God can bring a sacrifice of infinite value and render perfect obedience to the law of God, bear the wrath of God redemptively, and so free others from the judgment of the law.1

By the same token, only one who shares in humanity can make salvation possible. Because the first man, Adam, sinned and brought condemnation to all men, it was necessary that another human bear the punishment and receive God’s judgment upon himself—for only a human being can vicariously represent mankind.

In fact Christ has been raised from the dead, the firstfruits of those who have fallen asleep. For as by a man came death, by a man has come also the resurrection of the dead. For as in Adam all die, so also in Christ shall all be made alive.2

It was therefore necessary for Jesus to take on full humanity, to be both fully God and fully man, to make salvation possible.

Often people focus on the deity of Jesus and push His humanity into the background. But while Jesus was God living on earth in human flesh, He was just as human as you and me. He had the same physical needs and weaknesses that we have. He had the same physical and mental limitations. He had the same emotions. He was tempted to sin and had internal spiritual suffering, just as we do. He was a man, and He was born, lived, and died just like any man. He had human nature, meaning both a material body and a rational soul, or mind.

Let’s take a look at the verses that show Jesus’ humanity.

Jesus had both of the major elements of human nature—a material body and a rational soul. He spoke of His body and of His soul/spirit (in some instances soul and spirit are used interchangeably to mean the same thing). He spoke of His flesh and bones. The book of Hebrews speaks of His having flesh and blood. In other verses He spoke of having a soul or spirit.

“See My hands and My feet, that it is I Myself. Touch Me, and see. For a spirit does not have flesh and bones as you see that I have.”3  Then He said to them, “My soul is very sorrowful, even to death; remain here, and watch with Me.”4

These verses show that Jesus had the necessary elements for being human. Jesus called Himself a man and others attested to His being a man:

You seek to kill Me, a man who has told you the truth that I heard from God.5 “Men of Israel, hear these words: Jesus of Nazareth, a man attested to you by God with mighty works and wonders and signs that God did through Him in your midst…”6 For as by a man came death, by a man has come also the resurrection of the dead.7

As with all humans, Jesus was ruled by the natural laws of human growth and development. He was born, He grew physically from childhood to manhood. He went through the normal learning process a child does. He grew in knowledge, understanding, wisdom, and responsibility like any other human does as he grows older. He grew strong in spirit over time, most likely by learning lessons, such as obedience to His parents, through suffering, and other experiences. While there is no scriptural mention of His being sick, it can be assumed that He may have been ill from time to time.

Jesus had the physical weaknesses and needs that we have as humans. He got hungry, thirsty, tired. He became physically weak. He became weary. Once He was so tired that He slept soundly in a fishing boat in the midst of a violent storm.

And after fasting forty days and forty nights, He was hungry.8 Jesus, wearied as He was from His journey, was sitting beside the well. It was about the sixth hour. A woman from Samaria came to draw water. Jesus said to her, “Give Me a drink.”9 There arose a great storm on the sea, so that the boat was being swamped by the waves; but He was asleep.10

Jesus experienced emotions as we do. He felt compassion for people. He pitied those in need. He wept. He marveled, was deeply moved, got angry. He grieved. He prayed in desperation, was sorrowful, was in psychological agony. He was sometimes troubled (from the Greek word tarrasso, meaning anxious or suddenly surprised by danger). He had friends and He loved them.

When He saw the crowds, He had compassion for them, because they were harassed and helpless, like sheep without a shepherd.11 When Jesus saw her weeping, and the Jews who had come with her also weeping, He was deeply moved in His spirit and greatly troubled.12 Jesus wept.13

After saying these things, Jesus was troubled in His spirit, and testified, “Truly, truly, I say to you, one of you will betray Me.”14

Now Jesus loved Martha and her sister and Lazarus.15

Like every human being, Jesus died. His body ceased to have life. When Jesus had received the sour wine, He said, “It is finished,” and He bowed His head and gave up His spirit.16 Then Jesus, calling out with a loud voice, said, “Father, into Your hands I commit My spirit!” And having said this He breathed His last.17

The people whom Jesus grew up with and lived among until the start of His public ministry all seemed to consider Him a normal human, which is seen by their reaction to Him once He began His ministry. After He had been doing miracles and preaching in Galilee and large crowds followed Him, He visited His hometown of Nazareth and was rejected by His former neighbors and townspeople.18

Even His brothers didn’t believe in Him, though some of them eventually became known as believers and church leaders—James and Jude, and perhaps His other brothers as well. For not even His brothers believed in Him.19

If those who lived with and around Him for most of His life wondered where He got the wisdom and knowledge to speak and preach so authoritatively, and were astonished, then it’s fairly clear that they looked at Him as a normal person; not God, not even a great teacher, but just a normal human being.

Jesus was fully human. He experienced life as we do, with the same physical and mental strengths and weaknesses. He was human in every sense except sin. That’s the one difference. Jesus didn’t sin, ever.

Jesus did not sin, but was tempted

God made Him who had no sin to be sin for us, so that in Him we might become the righteousness of God.20 He committed no sin, neither was deceit found in His mouth.21 You know that He appeared to take away sins, and in Him there is no sin.22

Because Jesus didn’t sin, it wasn’t necessary for Him to die for His own sins, but He could instead die for the sins of mankind.

You may wonder if Jesus could sin. The answer based on Scripture seems to be no, He couldn’t. If you look at Scripture, it tells us the following: 1) Jesus didn’t sin, as shown in the verses above. 2) Jesus was tempted in every respect that we are, and as such we know He was truly tempted to sin.23 3) Jesus is God, and God cannot be tempted with evil.24

If Jesus’ human nature existed independently from His divine nature, then He would have been similar to Adam and Eve when they were first created, in that He would have been free of sin but theoretically able to sin. But Jesus’ human nature never existed apart from His divine nature, as both natures existed in one Person. An act of sin would have been a moral act, which seems as if it would have involved the whole person of Christ, both His divine and human natures. If that had happened, then the divine nature of Jesus would have sinned, meaning God had sinned, and that means He would not be God. But that’s not possible, because it would mean God going against His own nature, something that God doesn’t do. As such, it can be seen that the union of Jesus’ human and divine natures in one person prevented Him from being able to sin. However, exactly how that happened we can’t know. It’s one of those mysteries that we face in Christianity, which is understandable considering that Jesus is the only one who has ever had two natures—the nature of God and the nature of man—so it’s not unreasonable that it’s difficult, if not impossible, for us to know how such things worked within Him.

While we don’t fully understand how it can work to be tempted yet be unable to sin, we know from Scripture that Jesus was genuinely tempted and yet never yielded to the temptation to sin. He was fully tempted in all things just as we are, yet in every instance He resisted the temptation and therefore didn’t sin. The appeal to sin that He experienced is the exact same appeal that we experience. The difference is that Jesus didn’t ever yield to temptation, so He didn’t sin.

The Bible says that “He learned obedience from the things which He suffered,” and the verse before that speaks of His praying with loud cries and tears.

In the days of His flesh, Jesus offered up prayers and supplications, with loud cries and tears, to Him who was able to save Him from death, and He was heard because of His reverence. Although He was a son, He learned obedience through what He suffered. And being made perfect, He became the source of eternal salvation to all who obey Him.25

In the garden of Gethsemane, shortly before being arrested and only hours away from being torturously whipped and then crucified, when praying to His Father, He was obviously struggling with the decision to do His Father’s will, fighting the temptation to not “drink the cup.” He prayed in agony.

When we consider that God the Son chose to humble Himself by taking on human nature, human flesh, and all that being human entails so that each of us would have the opportunity to be forgiven for our sins and live forever, it can’t help but make us love and thank Him for doing so. He laid down His life for us—His physical life as a human, but also in a way His heavenly life as well, as He had to leave it to spend those years on earth as a man.

If a comparison could be made, it would be like a human agreeing to being born an earthworm and living as a worm for a certain number of years. What a humiliation that would be, how difficult to know that you were human, but you lived a worm’s life. It’s a thought that might give a fresh outlook on His love for us.

Hereby perceive we the love of God, because He laid down His life for us:26 In this the love of God was made manifest among us, that God sent His only Son into the world, so that we might live through Him.27

Jesus was without sin. He was holy in all His thoughts and actions, in His feelings, always acting in perfect love toward God and man. He always sought to do the will of His Father, and He succeeded.