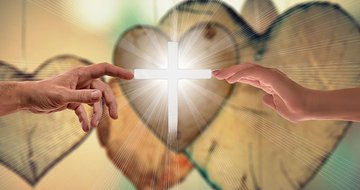 “And so, dear brothers and sisters, I plead with you to give your bodies to God because of all he has done for you. Let them be a living and holy sacrifice—the kind he will find acceptable. This is truly the way to worship him.”1

Under Mosaic law, the children of Israel were required to perform a number of sacrifices. Depending on the occasion, the time of year, or the sin committed, there were different specific sacrifices required. The amount of wealth one had and one’s place in society also affected the type or amount of sacrifice needed. For instance, if a priest accidentally committed a sin, he would be required to offer up a bull. If it was a leader of the congregation, the requirement would change to a male goat. Laypeople would need to sacrifice a female goat or a lamb. Yet, if the individuals were poor, they could sacrifice a couple of pigeons or doves instead.2

The books of Exodus and Leviticus tell us just how detailed and complex the whole system was, showing the Israelites how to deal with just about every kind of sin or uncleanness, celebration or observance, guilt or restitution. It was all very clear, but there was a problem.

Time and again, prophets sent from God told the children of Israel that something wasn’t right. When the Lord spoke through the prophet Isaiah, He said, “I have more than enough of burnt offerings, of rams and the fat of fattened animals; I have no pleasure in the blood of bulls and lambs and goats.”3 The reason He said this was made clear a few verses down the line: “Wash and make yourselves clean. Take your evil deeds out of my sight! Stop doing wrong, learn to do right! Seek justice, encourage the oppressed. Defend the cause of the fatherless, plead the case of the widow.”4 In other words, they were defiantly disobeying God, almost thumbing their nose at Him, and sacrificing those animals was almost a joke.

Basically, they were performing the offerings and the sacrifices, but failing to go any deeper. Their sacrifice was surface only; their hearts were not drawing near to God, and they continued in what was often blatant disobedience to the essence of God’s commandments. Jeremiah, Malachi, and Micah all came with a similar message: it wasn’t just about the sacrifice; it was about the heart. As time went by, it became clear that it was impossible for anyone to keep the whole law in deed and in truth.

God then ushered in the next part of the plan, the ultimate expression of love, grace, and mercy: His Son, Jesus. When Jesus died on the cross, He was the final sacrifice—the ultimate in all sacrifices. Honestly, who would even want to try to sacrifice something to God after He offered up His only Son as a sacrifice for our sins? Such an act would not only be needless, it would be almost offensive. Think of the most difficult act you could ever imagine doing, and then the recipient of your sacrificial deed says, “Thanks, here’s ten bucks.” Or a hundred, or a thousand. Any amount would almost be a slap in the face compared to the act of love and sacrifice that God made.

Ceremonial sacrifice was out when salvation rushed in, the moment Jesus took His last breath on the cross and cried out, “It is finished.”5 After God’s gift of salvation, and Jesus’ sacrifice of pure love, nothing else could compare. It would seem useless to even try to give something back to God, to attempt any form of “sacrifice” in return.

But hold on. The apostle Paul said something about us sacrificing. And this was after Jesus died. So are we meant to give sacrifices or not? In short, yes, we are, but we are asked to sacrifice not to God, but for Him. In fact, there’s only one kind of sacrifice that will do: yourself. And no, not on a real altar.

What Paul said in the book of Romans was, “I urge you, brothers and sisters, in view of God’s mercy, to offer your bodies as a living sacrifice, holy and pleasing to God—this is your true and proper worship.”6

The way the King James Version puts it is even more convicting. It says that to “present our bodies a living sacrifice” is nothing less than our “reasonable service.” It’s not just something that outstanding Christians do, or those that are called to the ministry in some resounding voice-from-heaven-speaking-like-thunder sort of way.

The calling is for each of us.

What’s a living sacrifice? God doesn’t mean we physically climb up on that altar. It means another thing altogether, which has to do with the flame of God’s Spirit that is meant to come upon and live within every believer.

God’s Spirit rested upon the early disciples like a fire: “They saw what seemed to be tongues of fire that separated and came to rest on each of them. All of them were filled with the Holy Spirit and began to speak in other tongues as the Spirit enabled them.”7 Now that kind of fire actually sounds kind of cool. Passionate and exciting. And that is what our lives for God can be like—full of passion and excitement in serving the awesome Lord of heaven and earth.

It’s not meant to be a long-and-rather-hard-to-remember list of timings and places and items to be sacrificed and offered up to God. It’s a life of wonder and zeal and thrilling service.