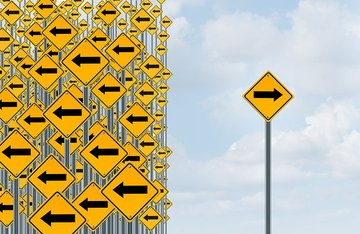 But you are a chosen race, a royal priesthood, a holy nation, a people for his own possession, that you may proclaim the excellencies of him who called you out of darkness into his marvelous light.—1 Peter 2:9

Every generation must face this quandary of how to maintain cultural influence, and in our changing world, the conversation has been resurrected again.

In an effort to appeal to outsiders, some Christians simply copy culture. They become a Xerox of what they perceive as hip in hopes that people will perceive them—and their organizations, ministries, and churches—as “cool” and give them a chance. Unfortunately, this pursuit of pop culture removes the church from its historically prophetic position in society. Relating to the world by following the world is a recipe for disaster.

The next generation of Christians aren’t separatists, antagonists, or striving to be “relevant.” Instead, they are countercultural as they advance the common good in society. The next Christians see themselves as salt, preserving agents actively working for restoration in the middle of a decaying culture. They attach themselves to people and structures that are in danger of rotting while availing themselves of Christ’s redeeming power to work through them. They understand that by being restorers they fight against the cultural norms and often flow counter to the cultural tide. But they feel that, as Christians, they’ve been called to partner with God in restoring and renewing everything they see falling apart.

Paradoxically, in our current cultural context, this not only opens up more people to personal salvation, but it also sustains a God-glorifying testimony to the world of His restoration power at work. It’s truly good news to the world. Rather than fighting off culture to protect an insular Christian community, they are fighting for the world to redeem it. …

A commitment to being countercultural rather than being removed or “relevant” isn’t always easy. Living differently can be hard. Going against the ebbs and flows of culture can create friction and sometimes provoke a hostile reaction to the good we are trying to create. Theologians Stanley Hauerwas and Will Willimon remind us that this should be expected, for “whenever a people are bound together in loyalty to a story that includes something as strange as the Sermon on the Mount, we are put at odds with the world.”

Yet, it is through maintaining this cultural orientation that the world can experience God’s restoration power and people will be convinced that our faith is all we claim, all that Jesus commissioned His followers to. As the apostle Peter encourages, “Live such good lives among the pagans that, though they accuse you of doing wrong, they may see your deeds and glorify God on the day he visits us.”1

Is a countercultural community the answer to restoring the soul of the world, winning the skeptics, and revitalizing our faith? We’ll have to wait and see. For now we know that the clear call of Jesus is for the Christian community to be salt on a rotting world and light in the dimmest places.—Gabe Lyons2

God called His people a new nation, a holy nation. That means a whole new culture, a whole new way of life, a brand-new people. We come from all races, creeds and colors, but now we’re all one in Christ Jesus, and that is a miracle in itself.3 No matter what nationality, race, or place we originally came from, we all now have the same faith, love, wonder-working power, and changed lives.

There are many different governments and kingdoms of man, but only one kingdom of God. We are a people without a permanent country on this earth because we seek one to come, whose builder and maker is God.4 We seek a country established by God Himself, and it is certainly not any of the nations on the face of this earth. Not even the most Christian ones could be called His country.

We belong to the kingdom of God; that's our country. We seek a better country, a country which we already have in our hearts, thank the Lord, the kingdom of heaven! That’s our country—the best country in the entire universe, one that has never persecuted the poor or oppressed the weak, a country that’s never lost a battle, and never fought a war for the wrong reasons!

We are strangers and pilgrims here on this earth, God’s representatives and ambassadors of His soon-coming kingdom of love, the greatest kingdom the world is ever going to know.—David Brandt Berg

By this everyone will know

There are some ways in which we don’t want the church to be countercultural. Churches accommodate themselves to culture in a whole number of very good ways. It’s a good thing, for instance, that Christians around the world use a word in their local language for God …

Being countercultural is a strong theme in the Bible. Jesus told his followers that they “do not belong to the world.”5 St. Paul told the Romans, “Do not be conformed to this world.”6 But it is quite another thing to figure out just what that means. There are a bewildering array of cultures and subcultures which proclaim and embody different values, ideas, and intuitions. How do we decide what we are to be counter to?

The Bible makes clear that the most significant way in which Christians demonstrate their distinctiveness is in the nature of their life together. How the Christian community’s members interact with one another, engage in discourse, and welcome others, for instance, are all part of their witness to God. This is what Jesus was getting at when he told his followers that “by this everyone will know that you are my disciples, if you have love one for another.”7 The apostolic church was noted for its distinctive relationships. The life of the early Christians—“all who believed were together and had all things in common”8—was countercultural in the context of a Roman society stratified by divisions of wealth. A central part of St. Paul’s teaching to the Corinthians is that, if they want to follow Jesus, all Christians actually need one another—no matter how unlikely that may seem and how much the world presses them to think otherwise.

Interdependence, relatedness, community: these are ideas that strike me as pretty countercultural in our contemporary society.—Jesse Zink9

Sent to be a witness

We are sent into the world to witness and share the good news that we have come to know in Christ. Peace is possible. Love is real. All creation has dignity and is sacred and can bring us closer to God.

This loving witness is costly. We may stick out or be misunderstood. We could end up like the one we follow, and so we must embrace the cross. We may have to pay a major price for proclaiming prophetic messages. Christ, after all, is our model for countercultural gospel living.

In his prayer recorded in John 17:22, Jesus declares that the ultimate aim of all countercultural Christian living is not actually division and separation, but unity: “And I have given them the glory you gave me, so that they may be one, as we are one.”

As we live our countercultural Christian lives, may we remain rooted in this vision. May we always remember that we witness Christ’s love in order to more boldly manifest the union and love that is found in God alone.—Julia Walsh11

9 What does it mean to be counter-cultural?.

11 In the world, not of it: Thoughts on countercultural Christian living.