Are you a Mud Viewer or a Star Gazer? 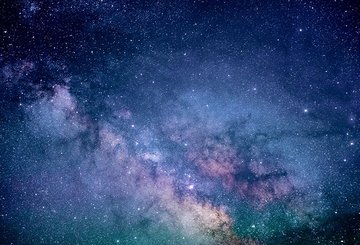 All of us feel sorry for ourselves sometimes and get discouraged that we’re not what or where we wish we were in life. We look at other people who seem to have it together and think we’re just not good enough.

Surprisingly, as human as it may be to feel this way, it’s a very dangerous path to be on and can affect our relationships with others and the Lord. Since God made us, when we dwell on what we dislike about ourselves, it’s like we’re telling God that He didn’t do a good job and that He has disappointed us.

It’s an easy trap of negativity to fall into. But also know that there is a way to be free from that grasp of negativity, no matter how deep in it you are.

There’s an old saying that goes, “Two men look through the same bars. One sees the mud, the other sees the stars.” They’re looking at the same scenery, but they focus on two very different parts. When you look at yourself you can choose what it is you want to focus on: the bad or the good.

Having self-esteem isn’t thinking you’re perfect or that you are better than others; that’s a very different attitude. Self-esteem to me means simply knowing how much God loves you, that He made you for a reason, and that He has a plan for you. I always liked the verse where King David praises the Lord because he was “fearfully and wonderfully made.”1

Ephesians says, “For we are God’s workmanship, created in Christ Jesus to do good works, which God prepared in advance for us to do.”2 Another word for “workmanship” is “masterpiece.” Which is proof that you’re not a cookie-cutter product; you are truly one of a kind!

Whenever I get discouraged with myself or my circumstances, I’m reminded of the verse, “Being confident of this, that He who began a good work in you will carry it on to completion until the day of Christ Jesus.”3 Then I think, Maybe the Lord just isn’t finished with me yet!

Imagine if an artist were working hard on a complex painting, and the picture didn’t think it looked right or beautiful enough, and decided to quit and leave. The artist would argue, “Hey, I’m not finished with you yet! Have some patience!” And because we all know that God is the ultimate artist, He won’t let us down, and everything will make sense and turn out all right in the end.

Choosing to count your blessings and focus on the good about yourself and your life will change the way you see the world—and, surprisingly, can start to change the way the world sees you too.—Tina Kapp4

God Believes in You

There’s a story in the Bible that tells of Jesus going back to His hometown. I think it’s one of the saddest stories in the Bible. The story is pretty much summed up in the final verse of the chapter: “And He did not do many mighty works there, because of their unbelief.”5

These people knew Jesus. They had watched Him grow up, and I guess they didn’t expect much from Him. So when He came around after He’d been doing miracles and stuff, they just couldn’t believe it. “Isn’t this the carpenter’s son?” they asked.6 It seems to me they were saying, “We know this guy. He’s just a carpenter—it’s not possible that He could be doing something great. It’s not like He’s the son of God or anything.”

Just as these people didn’t believe in Jesus and His power, we can also lack belief in ourselves and in how Jesus can work through us. Often we are limited because of our unbelief. We hold ourselves back through negative self-talk. Because we don’t believe we’re capable of doing certain things, we often don’t even try.

I’ve heard stories about people who were able to get fantastic jobs—jobs they weren’t technically qualified for—simply because they were willing to try. One fellow got a job as an engineer, working with highly technical plumbing products. This wasn’t something he had formal training in; it wasn’t even a field he had ever really considered. But the opportunity arose for him to enter that field and receive training in it, so he took a leap of faith and now he’s become quite successful at it.

Another guy was offered a job working as a web developer. This was an area he had dabbled in, but only knew very little about. But when he realized that that was where God was leading him, he jumped at the chance. While he’s taught himself step by step, this guy has achieved far more than he ever expected he could—simply because he was willing to take that first leap.

How about you? Are you possibly hindering Jesus’ ability to do something special in your life—or even something you wish to do but aren’t sure you can—because of your unbelief in His power to work through you? Have you told yourself “I can’t” so many times that you’ve stopped believing that maybe you can?

Some folks figure it’s being “humble” to have a low opinion of themselves and their capabilities. They tell themselves all kinds of awful stuff, like, “I’m just not that smart,” or “That’s a job for talented people.” We can be totally self-defeating through our own negative self-talk and our unbelief.

God has plans for each one of us. That’s not something we ever have to question. Maybe the things He has planned for you are different than what you’d expect; but if you let Him, He will use you. You’ll never discover what His plan is, though, until you’re willing to take a leap of faith.

If you know that God has great expectations for you, you can start expecting more of yourself. Take that first scary step, and then keep on running.—Marie Story7