Home  »   Faith Foundations  »   Christian Theology  »   Because of the Resurrection

Because of the Resurrection 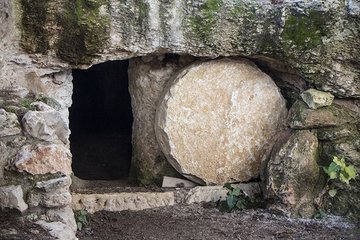 I have been reflecting on Jesus’ resurrection and its significance. What did it mean to His original disciples—all of those who believed in Him during His lifetime on earth? And what does it mean to us today?

By the time Jesus ate the last Passover meal with His disciples, just hours before He was arrested, tried, and killed, they had come to understand that Jesus was the Messiah spoken of throughout the Scriptures (the Old Testament). Their understanding of His Messiahship, however, was different from our understanding today, because it was rooted in the Jewish people’s interpretation of the Scriptures at the time.

The Jewish people in first-century Palestine believed and expected that God would send a Messiah, as was spoken about throughout the Old Testament. According to their interpretation of Scripture, this Messiah, the anointed one, was going to be an earthly king of Israel. The expectation was that the king of the Jews would free the nation of Israel from oppression and domination by various other kingdoms, from which it had suffered for centuries. As they saw it, the kingdom to come was going to be an earthly one.

The disciples’ understanding of Jesus as the Messiah up until the time of His death was still based on this interpretation. They were expecting that Jesus would be the anointed king of physical Israel. When Jesus told His disciples about His upcoming death, it was difficult for them to accept this, because there was no conception in the popular Jewish understanding of the role of the Messiah that the Messiah would be killed.

Peter’s reaction to Jesus’ statement that He was going to go to Jerusalem to die was basically to tell Him that He was wrong. Why would a disciple tell Jesus that? Because, according to the Jewish perception, the Messiah was not going to die in Jerusalem—he was going to take over the physical kingdom of Israel and would rule and reign in righteousness, which in some way would affect the whole world. So, from the natural point of view, Peter’s response is understandable, as is James and John asking Jesus to let them hold positions of power in Jesus’ earthly kingdom. Their expectation was an earthly kingdom with an anointed king, the messiah.

The events of the days before the Passover added to this anticipation. Seeing the large crowd of those who had come to Jerusalem for the feast of the Passover taking branches of palm trees and going to meet Jesus, crying out, Hosanna! Blessed is He who comes in the name of the Lord, even the King of Israel,1 would have been exhilarating for the disciples! Jesus arrived in the capital city (as the Messiah was expected to do), and many were proclaiming Him as king. And why wouldn’t they? People had heard that He had recently raised His friend Lazarus from the dead. Throughout His ministry He had healed multitudes of sick people, He had fed thousands of people miraculously, and He had spoken God’s Word with authority. His arrival caused those who didn’t know who He was or what was going on to ask about it, and the crowds who were following Him said, “This is the prophet Jesus, from Nazareth of Galilee.”2 The expectation of many that Jesus was likely the Messiah was high.

However, to all appearances, everything soon went wrong. Within days Jesus was dead—unfairly accused and savagely killed in the most degrading manner, a manner which the Jews understood to mean that the person dying was cursed by God.3 The Messiah was expected to bring the pagans to justice, not to suffer unjust violence at their hands.

You can imagine how devastating this shocking turn of events must have been for the disciples. The teacher they followed, their beloved Master, whom they were sure was the Messiah, was dead. Their hopes of Jesus being the Messiah had been dashed, and they were deeply saddened by His death.4

But then, the resurrection changed everything! God raised the so-called “failed” Messiah from the dead. There had been no Jewish expectation that the Messiah would be raised from the dead, so it wasn’t as if the disciples, or the Jewish people in general, were waiting to see whether Jesus would fulfill some biblical promise in that respect.

During Jesus’ trial the high priest had asked Him if He was the Christ, the Messiah, and upon hearing Jesus’ affirmative answer, the high priest and those with him decided that Jesus must die.5 They accused Him of blasphemy, which by their law was punishable by death. The Jewish leaders rejected Him, did not believe He was the promised Messiah, and feared that if He lived, the Romans would take away their place in the temple and the nation as a whole.

Pontius Pilate, the Roman procurator, condemned Jesus to death on the basis of His claim of being a king. It seems he didn’t consider Jesus a threat, but due to the insistence of the crowd and the Jewish authorities, he chose to apply the law.6 There could be no kings without the sanction of Rome, so under the Roman anti-sedition laws He was crucified. Jesus was executed because the Jewish leaders rejected Him as the Messiah, and because the Romans said no unauthorized king could live. Yet the extraordinary and unexpected event of His resurrection reversed the verdicts of both the Jewish and the Roman courts.7

Despite Rome’s rules that would-be kings must die, and the Jewish leaders’ belief that Jesus was not the Messiah, God Himself overturned their judgments, validating Jesus as both King and Messiah by raising Him from the dead. This in turn validated all that Jesus taught about Himself and about God the Father, about the kingdom of God and salvation. The resurrection, which proved that Jesus was in fact the Messiah, coupled with the coming of the Holy Spirit, established a new understanding about God.

The significance of the resurrection in Jesus’ day was that it validated that Jesus was who He said He was. Before the resurrection, the disciples didn’t fully understand the things Jesus had told them about His death and resurrection. However, after He rose, during the forty days before He ascended into heaven, He explained the Scriptures to them and they then understood.

The realization that through Jesus’ Incarnation, death, and resurrection, salvation was available to all, was the reason the apostles preached about the resurrected Christ throughout the book of Acts. It’s why the New Testament writers wrote about the significance of the resurrection, stating that it proved He was the Son of God, that we are born again, that we have assurance of our salvation, and that without it our faith would be in vain.

Blessed be the God and Father of our Lord Jesus Christ! According to His great mercy, He has caused us to be born again to a living hope through the resurrection of Jesus Christ from the dead.8

If you confess with your mouth that Jesus is Lord and believe in your heart that God raised Him from the dead, you will be saved.9

The resurrection was proof that God had indeed entered into the world in a new way, through His Son. Fifty days later, after Jesus had ascended, the Holy Spirit also entered the world in a new way by dwelling within believers. These events motivated the disciples and the early church to spread that news throughout the world of their day. They shared the news that through Jesus and His sacrifice on the cross, humanity could be reconciled with God.

The early disciples, while initially faced with crushed hopes due to their expectations, soon came to see that because Jesus arose, what He did, said, and promised are true. That carries down through history to us today. The risen Christ, the Messiah, the Son of God, the second person of the Trinity, gave proof of His divinity by dying for our sins and rising from the dead.

Because He died for our sins and then rose from the dead, we know that all He said is true: that we have salvation, that we have eternal life, that the Holy Spirit dwells within us, that we have the promise of answered prayer, that He will lead and guide us when we ask Him to. The separation between us and God has been bridged. We are God’s children, who will live with Him forever, and we can bring others to Him through our witness.

Because of the resurrection, we have the assurance of salvation, the ability to lead a Christ-infused life today, and the honor to live with God forever.

1 John 12:13. Unless otherwise indicated, all scriptures are from the Holy Bible, English Standard Version (ESV).